Join us for the next event celebrating Black History month on the West Side: a free screening of Wakanda Forever (the sequel to Black Panther) at the Wellstone Center. This event is free to attend for all ages.

Hosted by WSCO and Neighborhood House. 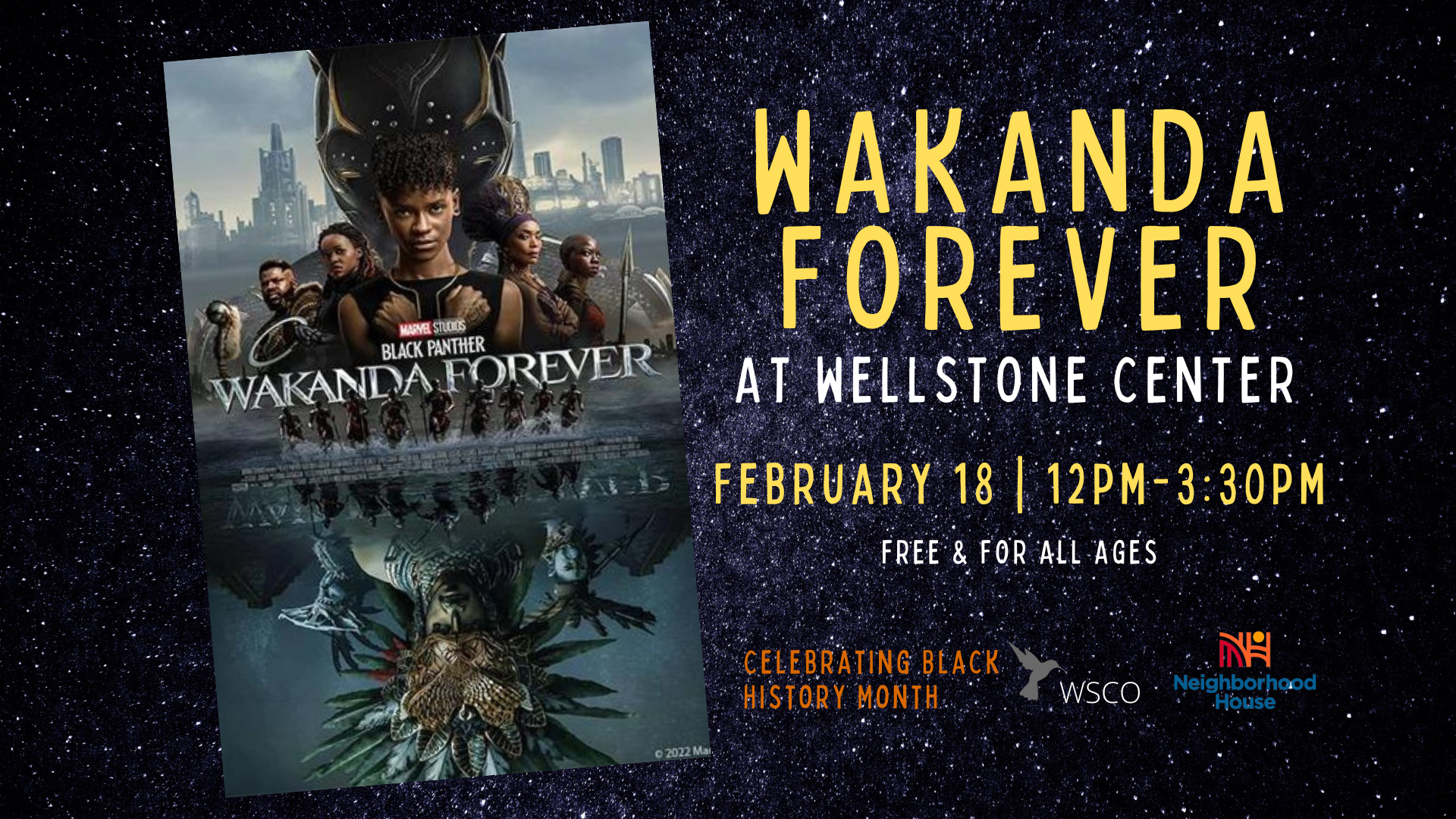 On the heels of the unexpected loss of King T'Challa, the nation of Wakanda finds itself at a crossroads in its fate. The surrounding powers of the world look on with greedy eyes, eager to encroach upon Wakanda in its most vulnerable state. All the while, its people remain steadfast, determined to protect their king's legacy and fight for their future.