St. Paul City Council Throws Out the Will of Voters, Protections for Renters with Passage of Ord 22-37 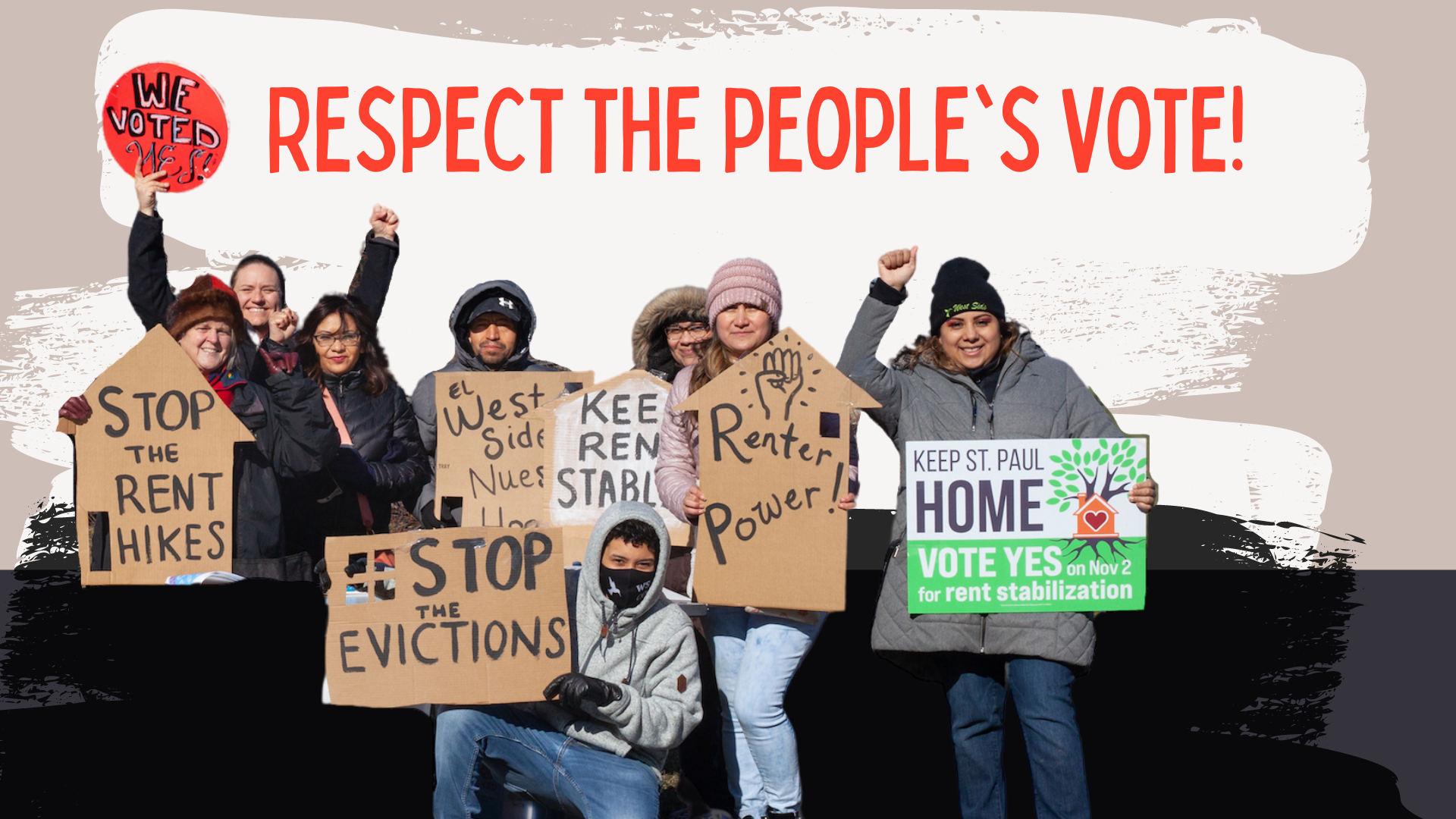 St. Paul City Council Throws Out the Will of Voters, Protections for 20,000+ Low-income Renters with Passage of Ord 22-37

Reversing the will of the voters and overriding the recommendations of a city stakeholder group, the St. Paul City Council voted to make sweeping and dramatic changes to the rent stabilization policy passed by nearly 31,000 voters less than one year ago.

On Wednesday, housing justice advocates and community-based organizations expressed overwhelming disappointment that city leaders would substitute the demands of big developers and the landlord lobby over thousands of hours of direct community engagement during the campaign and the cross-sector compromise of a city-led task force.

Despite the council’s stated desire to expand affordable housing, Ordinance 22-37 will further entrench our current housing crisis by stripping protections for more than 20,000 people living in affordable housing and exempting not just new construction moving forward but buildings that have been built in the past 20 years. These changes will disproportionately harm the renters this policy was most intended and carefully crafted to protect: low-income, disabled, and Black, Indigenous, and People of Color (BIPOC) renters — the people who need renter protections the most. 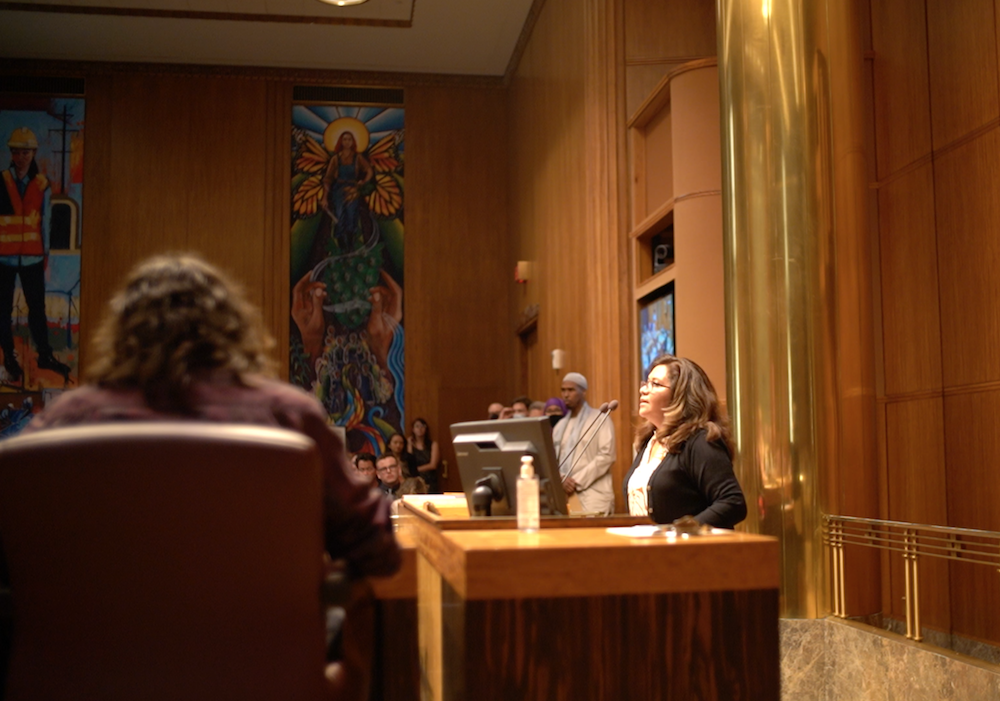 “The Keep St. Paul Home campaign showed us that organized tenants and working people are the driving force for meaningful housing justice advocacy,” said Monica Bravo, Executive Director of the West Side Community Organization (pictured above). “In our work building power with West Side renters over the last few years, we’ve heard repeatedly about unscrupulous rent hikes that have forced our neighbors out of their homes. Rent stabilization was a huge step forward for our community. Historic numbers of West Siders went to the polls last November because this issue so deeply affects our lives. Those same voters will turn out again in 2023 to elect leaders who better represent our needs on these urgent issues.”

“I was so excited when we passed the rent stabilization ordinance because I had watched too many of my elderly neighbors pushed out of our so-called affordable housing and onto the street,” said Katherine Banbury, Dominium tenant organizer and member of the Rent Stabilization Stakeholder Group. “When Mayor [Melvin] Carter convened a table to make changes to the policy, I showed up in good faith. Ordinance 22-37 deviates significantly from our recommendations, most egregiously by exempting affordable housing, taking away protections from renters like me and my neighbors who have experienced large rent hikes for years.”

“The policy voters approved in November learned from and closed the loopholes of rent stabilization policies in other cities that undermined the intended protections for renters,” said Juan Luis Rivera-Reyes, a coalition organizer for the Alliance. “These changes are not based on any oversight, failure or even evaluation of our policy, which has barely been in effect for four months. Changes like the sweeping new construction exemption cater directly to the scare tactics of the landlord lobby and big developers who want to skirt any reasonable regulation and protect their supposed right to unlimited profits.”

“These changes don’t just undermine the stability of renters and the will of the voters; they potentially violate the federal Fair Housing Act,” said Ivory Taylor, Associate Director of the Housing Justice Center. “The broad exclusion of “affordable housing” from rent stabilization will have a disproportionate negative impact BIPOC renter households and people with disabilities, which opens the door to a lawsuit against the city.”

“After a clear win at the polls and overwhelming supportive testimony at public hearings for rent stabilization since then, Ordinance 22-37 subverts the will of the people, eroding trust in the elected body which is meant to serve us,” said Sean Lim, Program Director at the Minnesota Youth Collective. “We will not stand idly by as the Council guts this policy. As we head into an election year in 2023, I trust that the people of St. Paul will use every tool at our disposal to ensure that anyone who stands against working people on this policy and is no longer aligned with their constituency is voted out of office.”