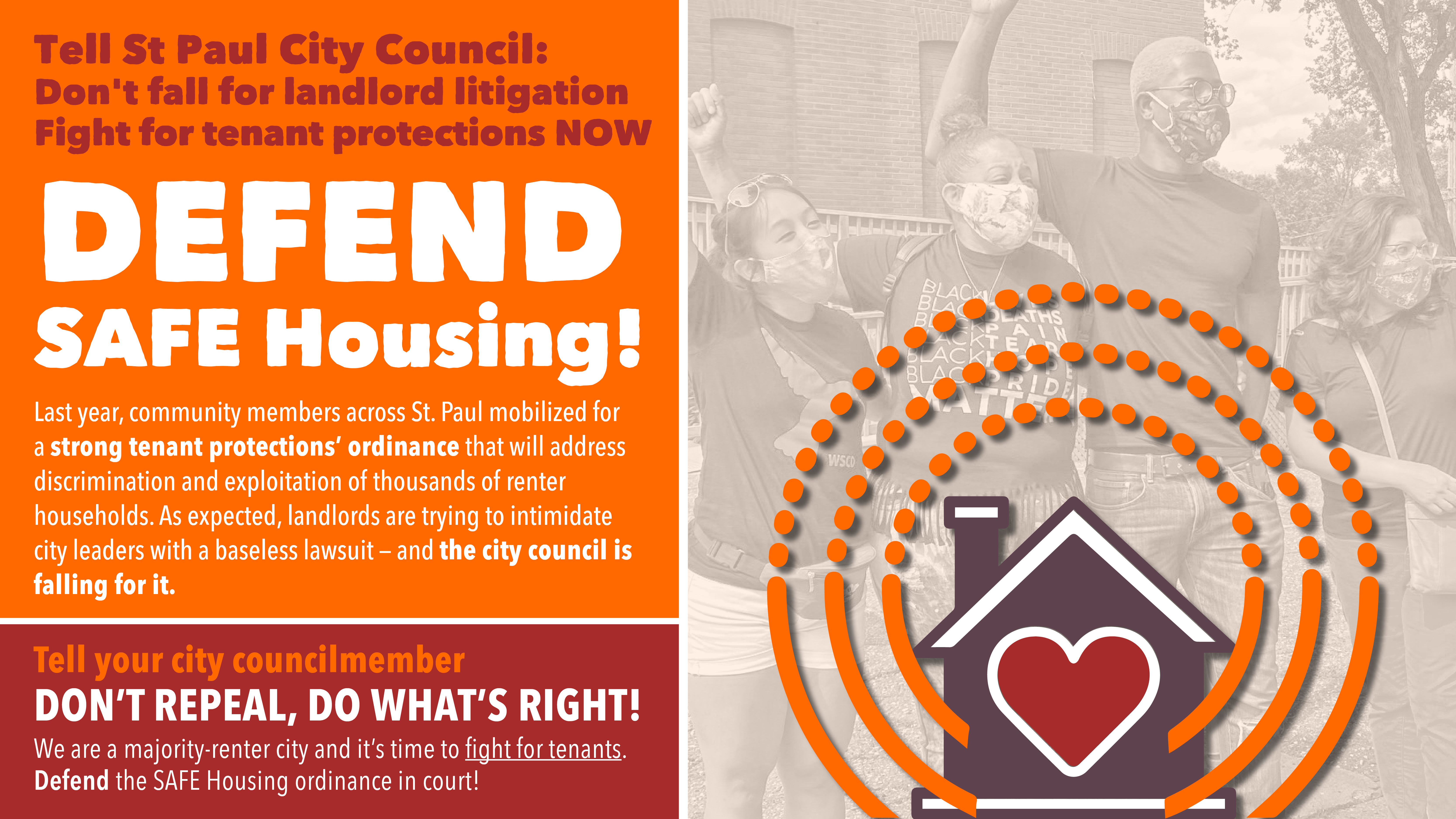 We are proud to have been a part of the campaign led by the Housing Equity Now! St. Paul (HENS) Coalition to win S.A.F.E. Housing Tenant Protections!

"Built on years of advocacy and groundwork by tenants and housing advocates, we organized community members across the city in a grassroots campaign to elevate the need for tenant protections as a racial equity strategy, centered BIPOC and renter voices in policy-making decisions. Together, we made sure our St. Paul City Councilmembers passed the strongest tenant protections ordinance in the state, becoming the first city in Minnesota to include just cause protections."– Housing Equity Now! St. Paul

Unfortunately, before these protections had a chance to go into effect March 1, 2021, the ordinance was stalled by a landlord lobby lawsuit against the city. We urged the City Council not to repeal this crucial ordinance, but our West Side representative, Councilmember Noecker, cast a decisive vote to repeal the ordinance that our neighbors fought so hard to win.

In the words of Bob Craft, long time West Side Community Organization volunteeer and neighbor:

"I am astounded that the City Council would retreat from protecting tenants with the proposed repeal of our Safe Housing Ordinance. The Council had to know the landlords would litigate the matter. Giving up without a fight because of one judge's opinion indicates both a lack of resolve and a misplaced concern for legal expenses over human rights. Claiming that other protections and resources are available insults the testimony of all those who supported the ordinance because those resources fail tenants time and again."

WSCO, with our partners at the HENS coalition, will continue to push for strong renter protections to replace the repealed ordinance and demand accountability and action from our City Council.