The West Side Flats 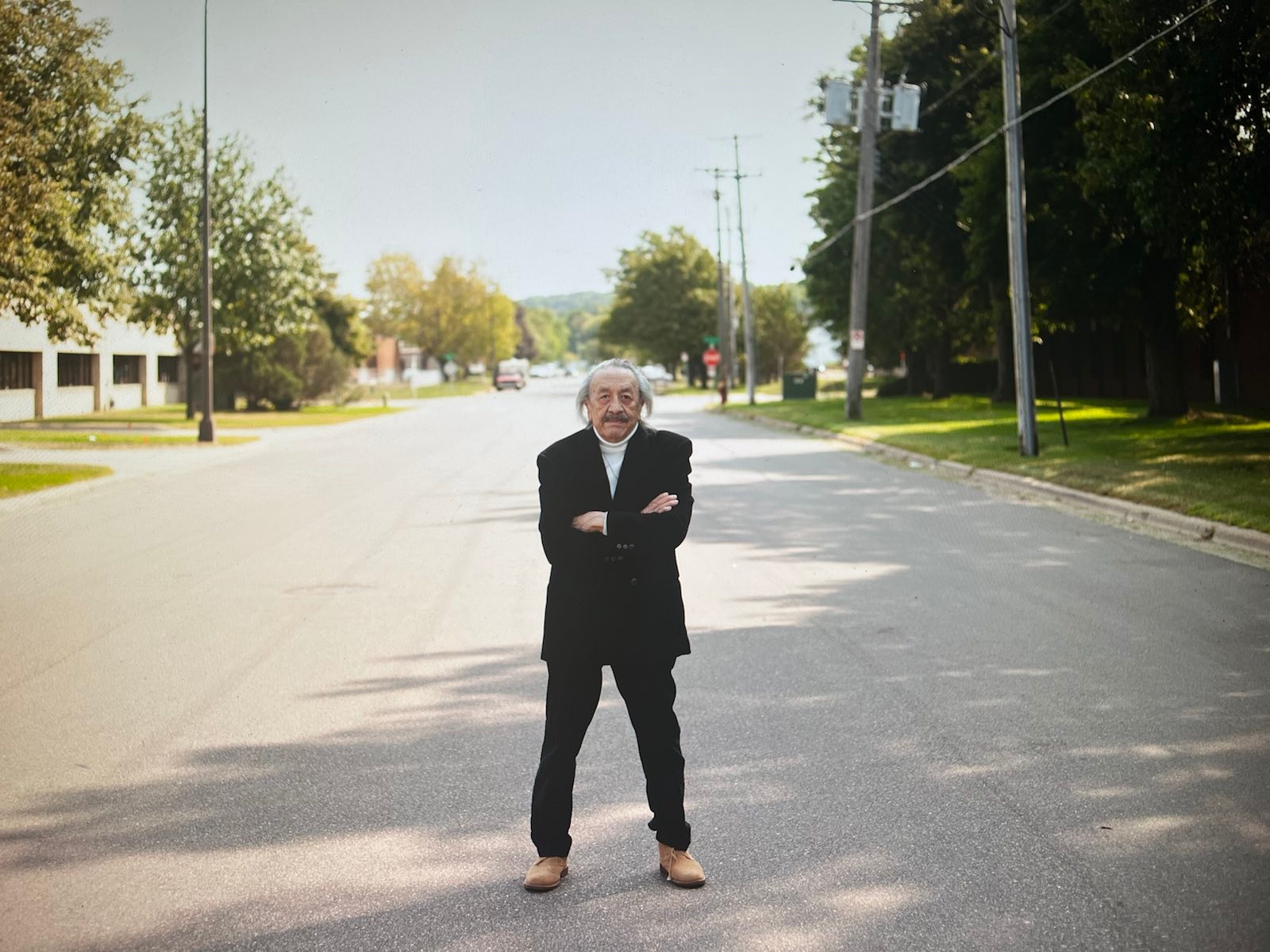 Stories from the flats

This series of portraits and interviews seeks to uncover and uplift the voices of those who grew up on the West Side Flats before the neighborhood was destroyed.

"Every other year they had the flood down here  and the city or the state never did anything about it. And then they made my family move because they were going to build the industrial center down there, and then they put the flood control in. There should be some kind of acknowledgement of what they did, instead of just wiping it under the rug. Because as time passes, everybody forgets. It was really an injustice, what they did to the Mexicans down on the old West Side. To make them move like that, and not compensate them, and give them the bare minimum. What they did to destroy a community like that is wrong. It's really wrong.”– George Avaloz, pictured, above. Photo: Elizabeth Leonardsmith

Click here to explore the full gallery of portraits and interviews. 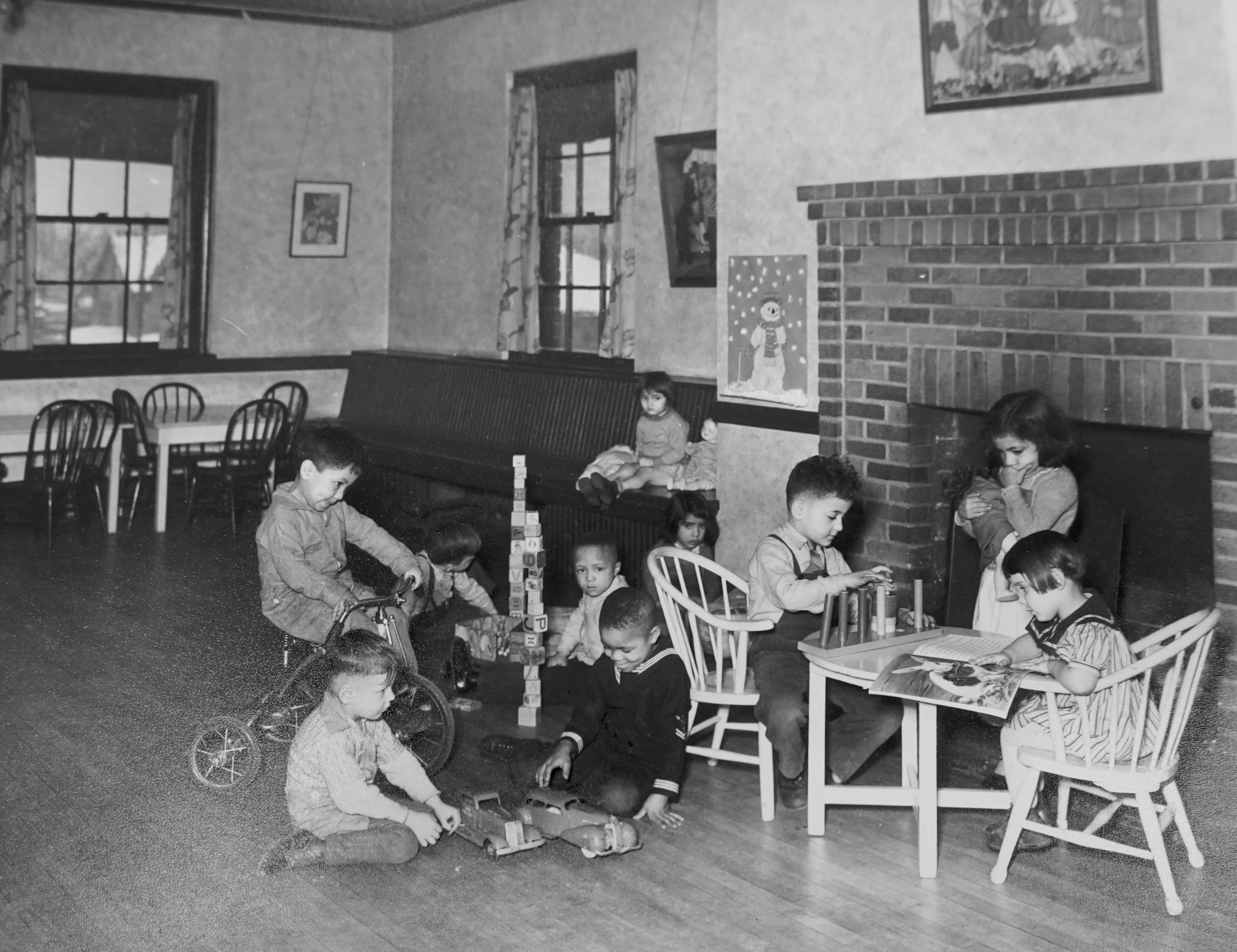 "What I remember about the West Side is just being safe. It was a community where you knew everybody, just about, and they knew you," – Anthony Vazquez, born in 1945 on the old West Side flats.

The old West Side flats is a part of our West Side neighborhood in Saint Paul, Minnesota that has changed dramatically over the generations. It was the first neighborhood that many immigrants arrived in when they came to the city, and grew into a vibrant neighborhood with Jewish, Mexican, white, African American, Lebanese, Syrian, and many other communities. In the early 20th Century, Mexican immigrants began putting down roots and creating a rich cultural neighborhood including places of worship, stores, schools, and homes.

In a 2021 interview with WSCO, Don Luna reflected: "What made this community special was that growing up, we really were truly diverse. [We were] represented by Lebanese, Syrian, African American, Native American, Hispanic, Jewish cultures and then just a pocket of Anglos, you know, white families and what was unique about that is-and the point I want to make about it is: we really didn't recognize that anybody was different from anybody else. We kind of just all grew up together. There was a commonality and a common bond: we had come there to the community in different vessels, but we were all in the same boat: we were all dirt poor [laughs] and so you didn't have to lock your doors 'cause there was nothing to steal-that's how I rationalized it. But I also think it was more of a ‘we looked out for each other.'" 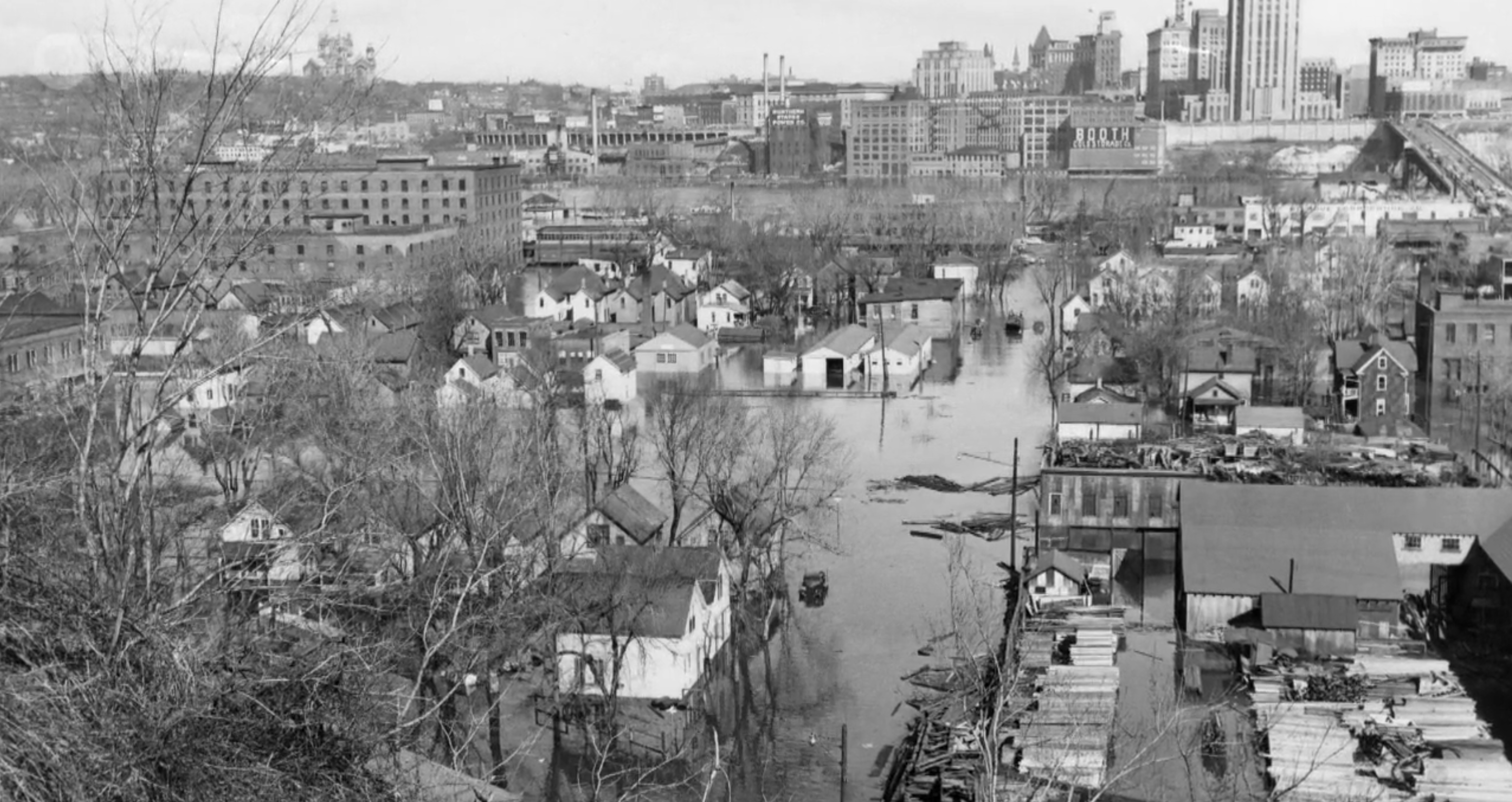 Above: flooding on the West Side Flats. Image: PBS

The Mississippi River flooded the neighborhood frequently, including a series of devastating floods in the early 1950s. Later, these floods were the pretext used to displace families from their homes, and only afterwards was a levee built to hold back the waters and allow for industrial development. “They wanted the land. My folks never explained why we were moving again. I think I remember the city was using the floods as a reason to move everybody," said Refugio Simón Hernández, who grew up on the flats. This historic displacement has had a devastating impact on generations of families, who nevertheless have fought to maintain their identity, culture, and community here on the West Side. 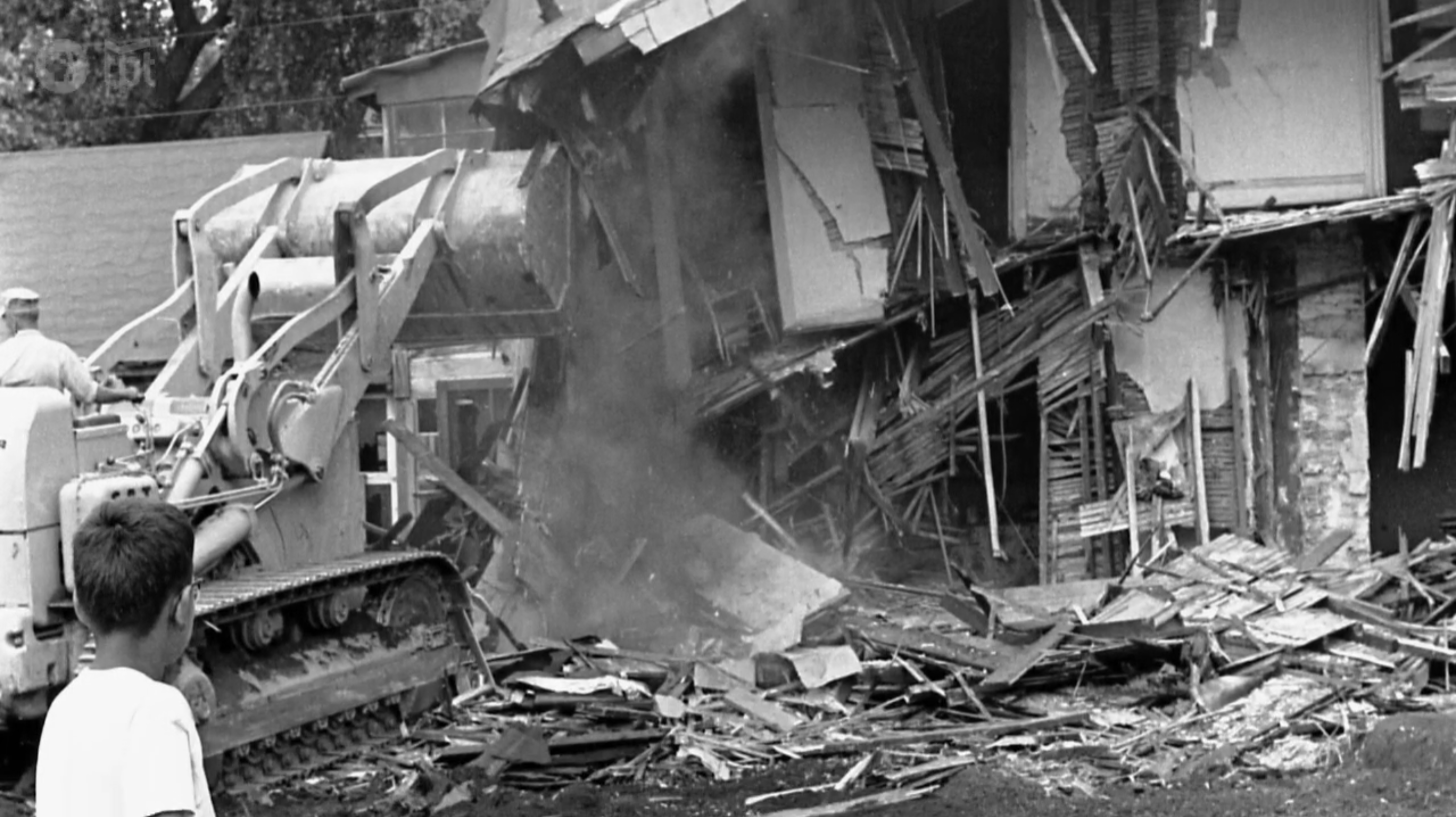 Above: a child watches as a home is demolished. Image: PBS

According to MNOpedia, "In 1956 the city’s Port Authority announced the creation of Riverview Industrial Park—a project that needed every acre of the Flats. The city began buying houses in 1961 and tearing them down in 1962. By the end of 1963 the last residents of the Flats had left." However, many of the residents who we have interviewed claimed that they were forced to moved and never compensated for their lost homes, and a recent Minnesota Public Radio story highlighted how undercompensated families tried to fight back. "The insult to injury was that after we moved, they built a flood wall to protect this area. That has never sat right with any of us that grew up down here. 'Had you taken care of us, then maybe we could have done something with that housing, and we could have kept our neighborhood,'" said Don Luna in an interview with PBS (above). The MN Historical Society reports that 480 buildings were planned to be destroyed, displacing 2147 people. 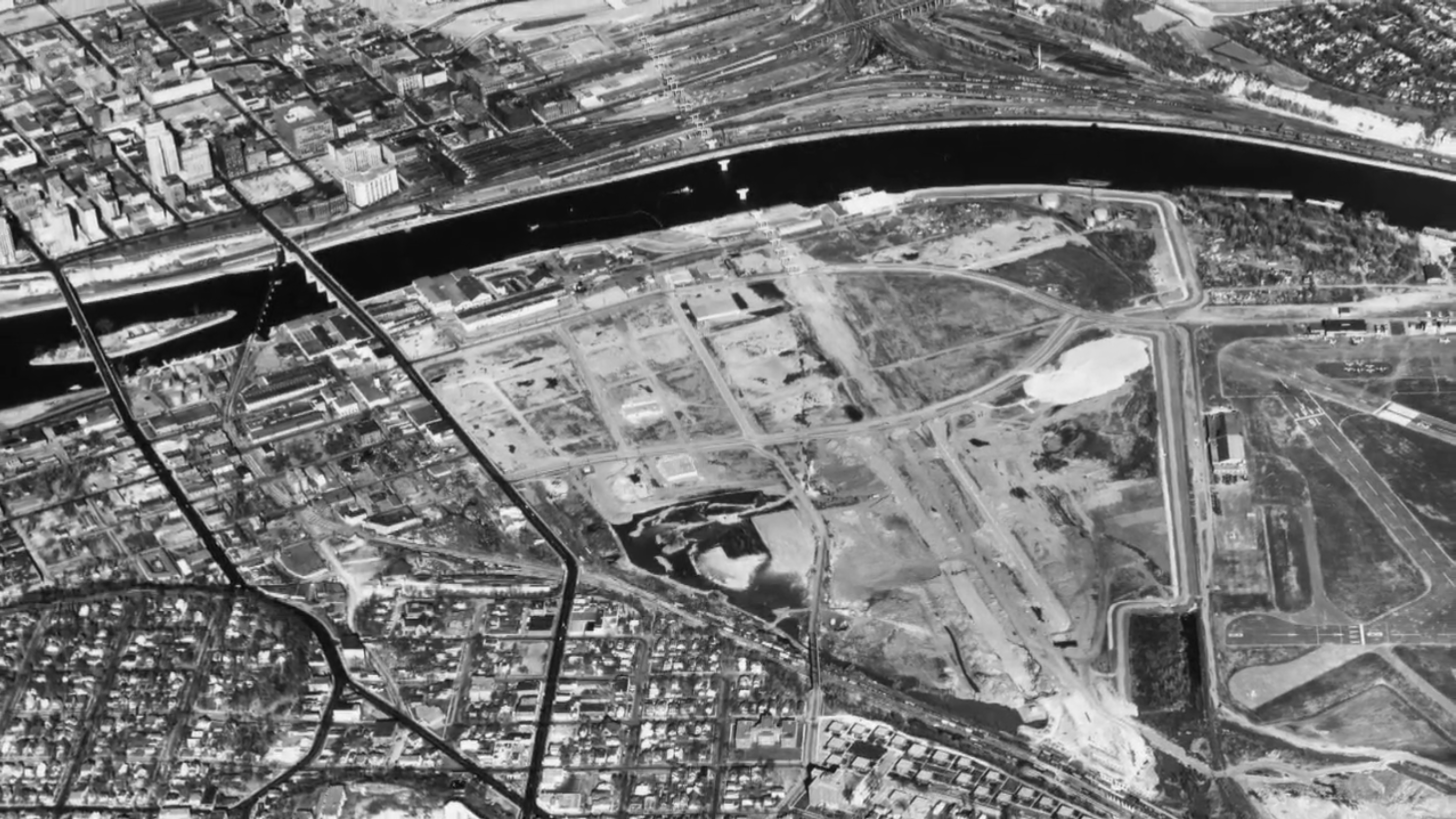 Above: Aerial view of the West Side Flats after the homes were destroyed to make room for the industrial park. Image: PBS

Looking to the future

[There should be] “some kind of acknowledgement of what they did, instead of just wiping it under the rug. Because as time passes, everybody forgets. It was really an injustice, what they did to the Mexicans down on the old West Side. To make them move like that, and not compensate them, and give them the bare minimum. It wasn't even what they should have got for their houses, you know? What they did to destroy a community like that is wrong. It's really wrong.”

The City of Saint Paul has the opportunity to take accountability for the harm caused in our community here on the West Side. How many families were not fairly compensated for their homes? What opportunities for generational wealth building were cut short? What was the cultural cost of dispersing one of the city's most diverse neighborhoods? Who benefited from this displacement? How will future development in our neighborhood avoid repeating the mistakes of the past, and work towards truly equitable opportunities for all West Siders? 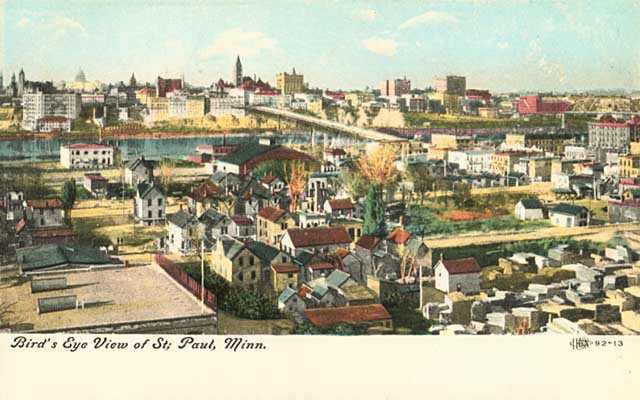 Above: postcard with a view of the West Side Flats, 1910. From the Minnesota Historical Society.