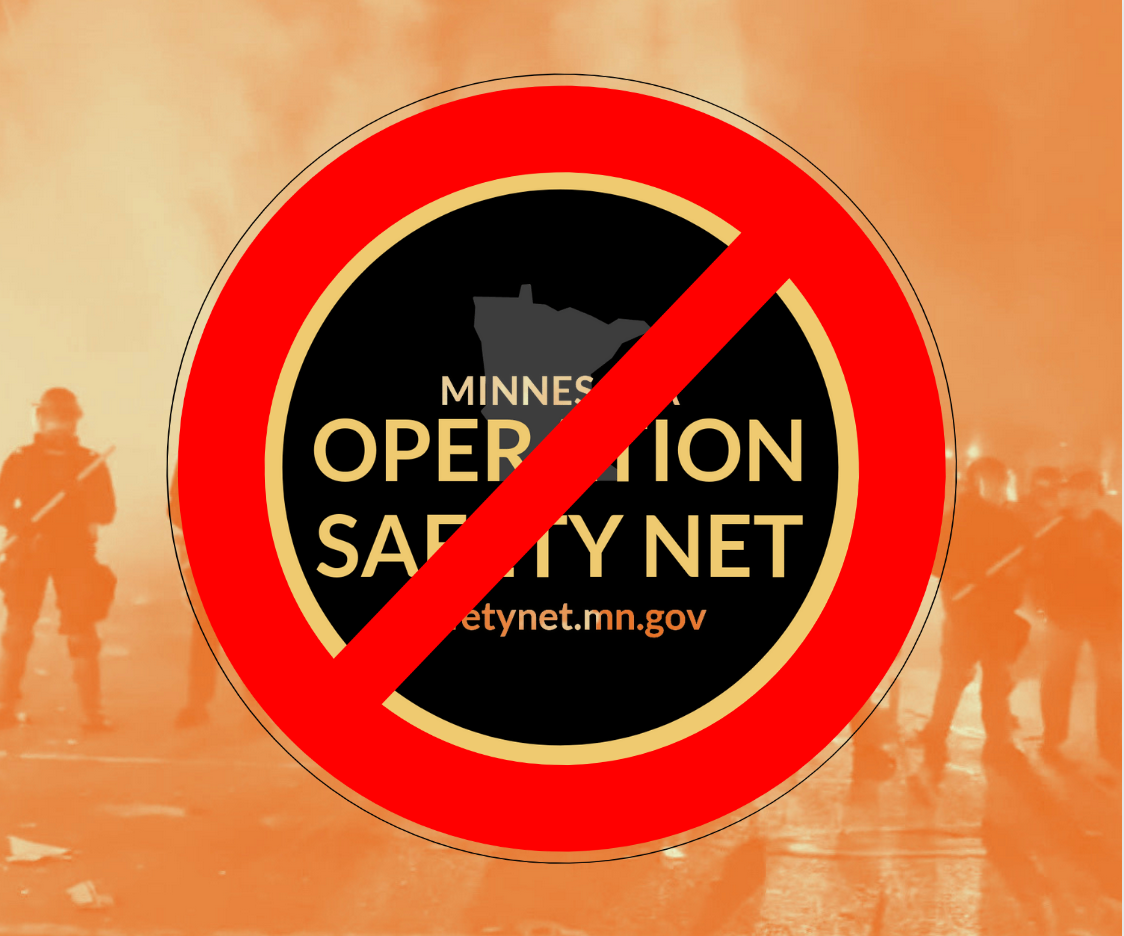 We at West Side Community Organization have signed on together with a growing list of over 50 organizations to call on our elected officials to stop harming our communities with "Operation Safety Net". We have the right to live and protest without being terrorized by a militarized police force!

SAINT PAUL, Minn. – Minnesotans across the state are grieving the death of Daunte Wright by an ex-Brooklyn Center police officer. Today, community organizations joined local elected officials to call on Governor Walz, Mayor Frey, Mayor Carter and Sheriff Hutchinson to stop and draw back “Operation Safety Net,” the state’s militarized operation deployed in Brooklyn Center and across St. Paul and Minneapolis ahead of the trial of Derek Chauvin.

Over 40 organizations released the following statement:

“As community organizations who live and organize in Brooklyn Center, Minneapolis, and across the Twin Cities, we call on Governor Walz, Mayor Frey, Mayor Carter and Sheriff Hutchinson to stop ‘Operation Safety Net’ immediately. We are horrified by the state’s preemptive force against its people, and the compounding trauma caused by the state against Black, brown, and Indigenous communities. Executive leaders are fully in charge of this force and have the power to stop this harmful approach.

We have already received reports from Brooklyn Center of youth sent to the ER after being struck by a tear gas canister.  More than 100 people were seriously injured by police during the uprisings in Minneapolis last summer. Minnesota researchers made it clear in a medical journal report that ‘less-lethal’ force including tear gas and rubber bullets are not appropriate for crowd control. The report found 40% of people hit by rubber bullets sustained head injuries including traumatic brain injuries and eye injuries. Other studies have shown tear gas can cause miscarriages and harm fetal development. Leaders in charge of MPD have not disciplined a single officer for misconduct.

The health of our communities was at a breaking point before the death of Daunte Wright. The state’s use of force against Minnesotans exercising their first amendment rights in Brooklyn Center and militarization of our cities in response to police violence is wrong, traumatizing, and adding to the public health crisis of COVID, police brutality, and systemic racism. The continued use of militaristic tools of oppression to intimidate and halt peaceful, if justifiably angry, protest is another sign that Minnesota continues to prioritize white fears over Black lives.

We call for immediate action by executive leaders to stop ‘Operation Safety Net’. Punishing people for grieving police violence with militarized force is not leadership – it is violence. For the health of our communities, we are pleading for a rational change of plans, transparency, and accountability. We truly fear what is to come if this is the response before Derek Chauvin’s trial verdict. Our communities deserve answers for how we got here and a guarantee this will not continue.”

Our Stories Our Health