Gallery: Stories from the Flats 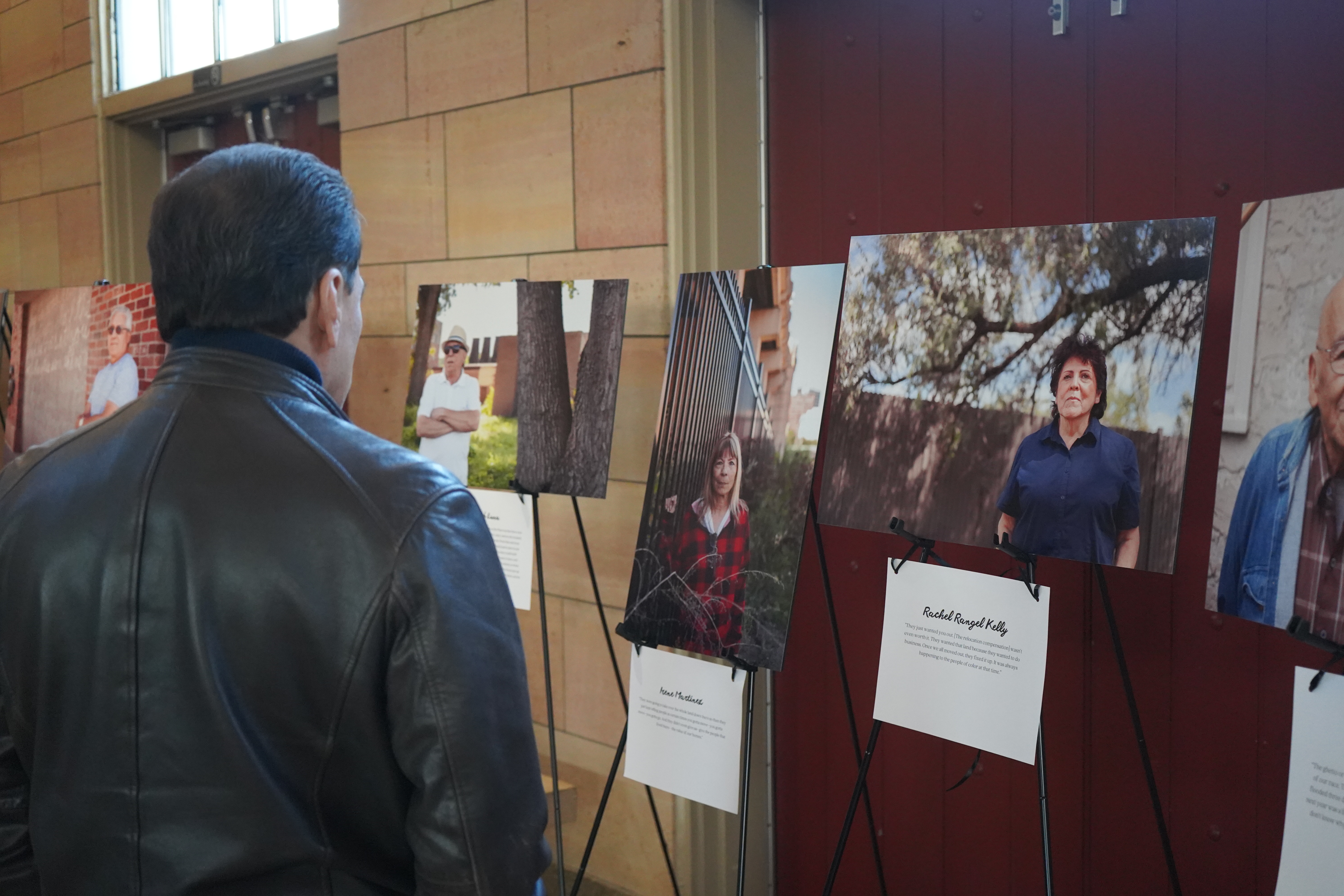 This series of portraits seeks to uncover and uplift the voices of those who grew up on the West Side Flats before the neighborhood was destroyed.

The old West Side flats was the first neighborhood for many immigrants arriving in Saint Paul, Minnesota, and it grew into a vibrant neighborhood with Jewish, Mexican, white, African American, Lebanese, Syrian, and many other communities.

The Mississippi River flooded the neighborhood frequently, and local officials used this as a pretext to force families from their homes in the early 1960s. After the neighborhood was gone, the City built a flood wall to protect a new development: the Riverview Industrial Park.

The Minnesota Historical Society reports that 480 homes and buildings were destroyed, displacing 2,147 people. In short, "it killed a community," said West Side flats resident George Avaloz. This had a devastating impact on generations of West Siders, who nevertheless have fought to maintain their identity, culture, and community. To date, there has been no formal recognition or redress.

"This year marks the 60th anniversary of displacement, and today we publicly and collectively call into memory the harm that was done,” stated Monica Bravo, Executive Director at the West Side Community Organization (WSCO), the neighborhood district council. “How many families were not fairly compensated for their homes? What opportunities for generational wealth building were cut short? What was the cultural cost of dispersing one of the city's most diverse neighborhoods? Who benefited from this displacement? How will future development in our neighborhood avoid repeating the mistakes of the past, and work towards truly equitable opportunities for all West Siders?”

Click here to learn more about the history of the West Side flats. 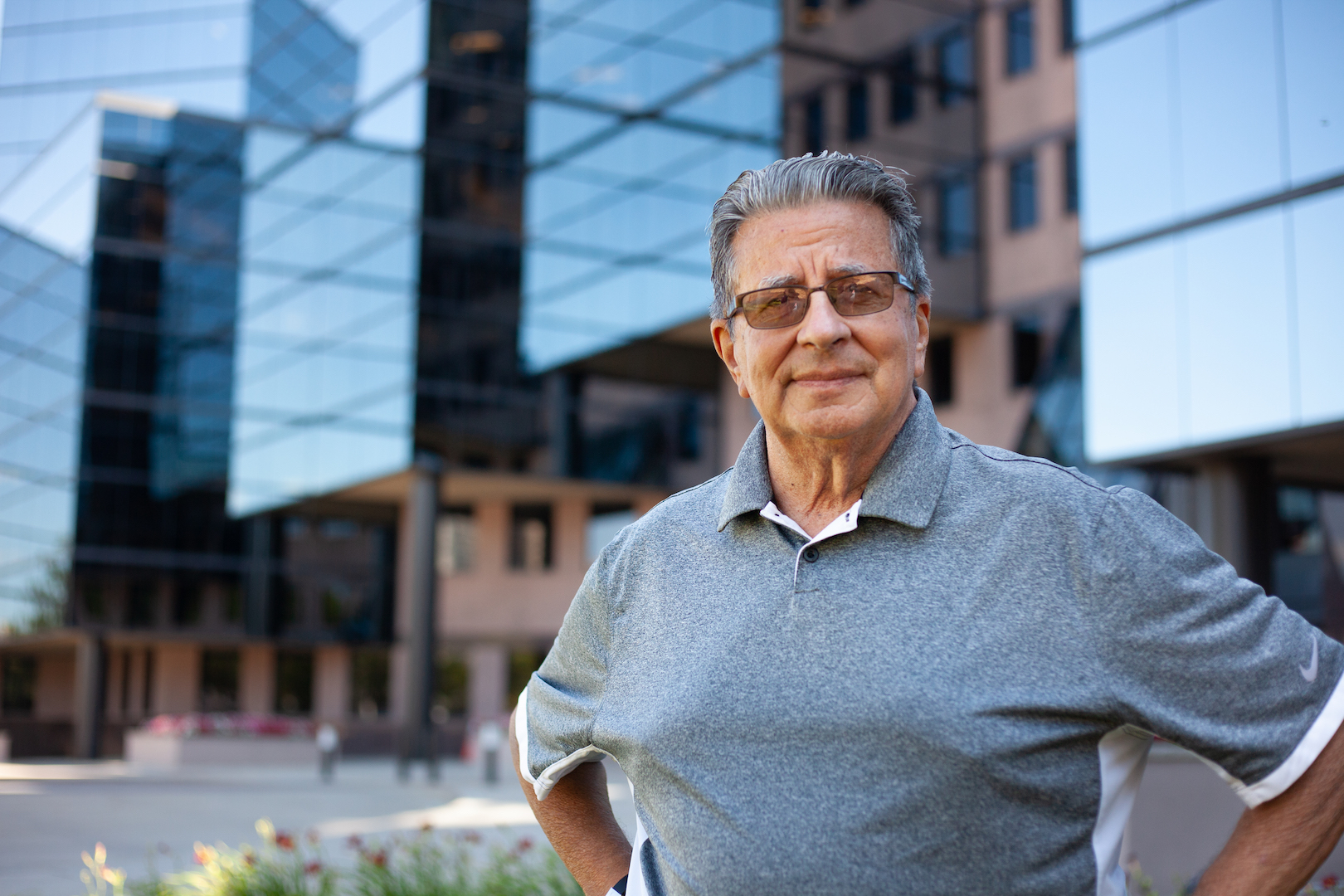 "What made this community special was that growing up, we really were truly diverse. We were represented by Lebanese, Syrian, African American, Native American, Hispanic, Jewish cultures and then just a pocket of Anglos. There was a commonality and a common bond: we had come there to the community in different vessels, but we were all in the same boat: we were all dirt poor! So you didn't have to lock your doors 'cause there was nothing to steal– that's how I rationalized it. But I also think it was more of a ‘we looked out for each other.'"– Don Luna 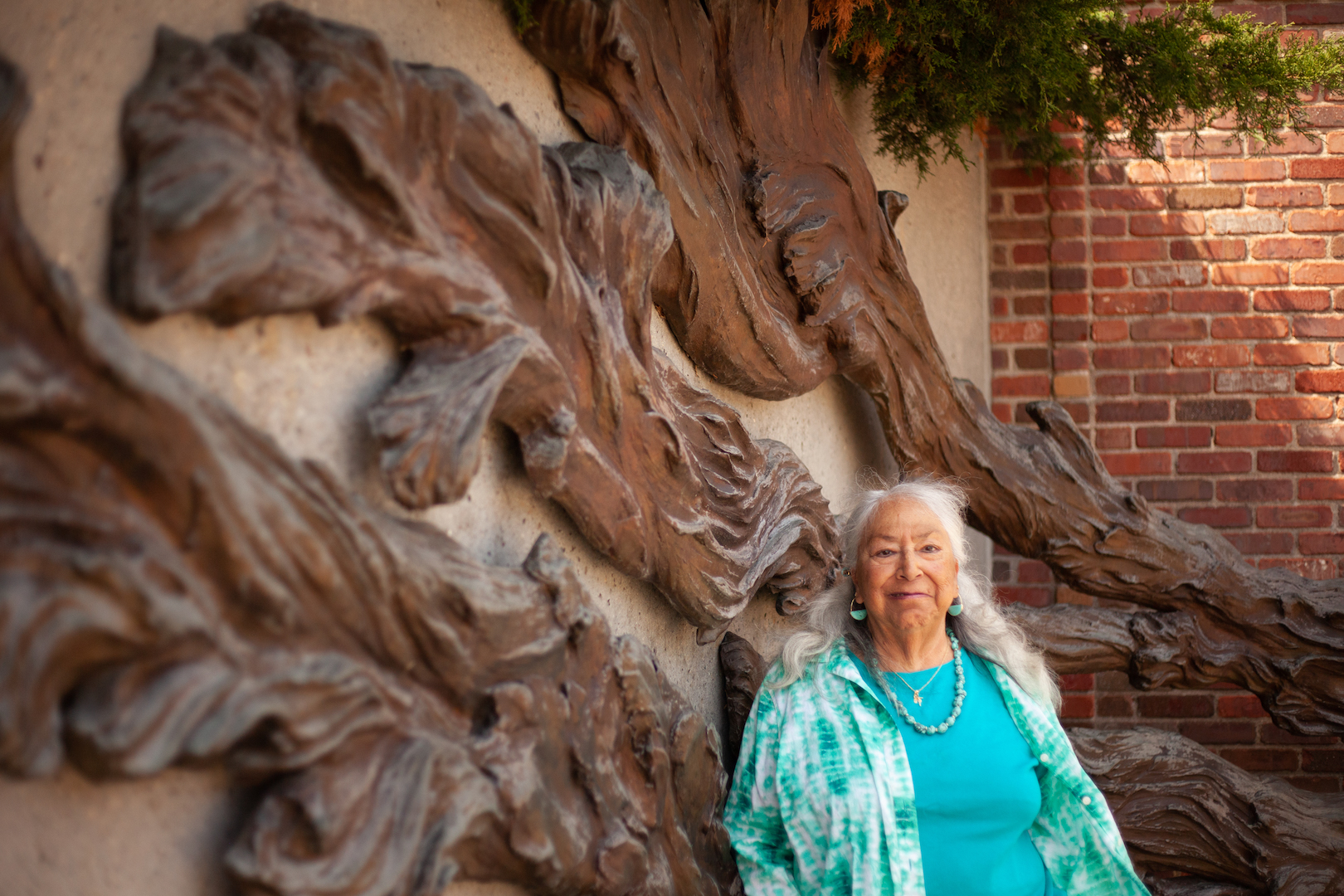 “It used to flood every spring, and people were put out of their homes. People would get sick because of the water contamination. And at the time, you know, most of those people had no place else to go. We were almost forced to move, like all the other people of the flats, unfortunately. I'm sure we would have stayed there forever otherwise, because the people that lived down there were happy down there.” – Amparo Gaston 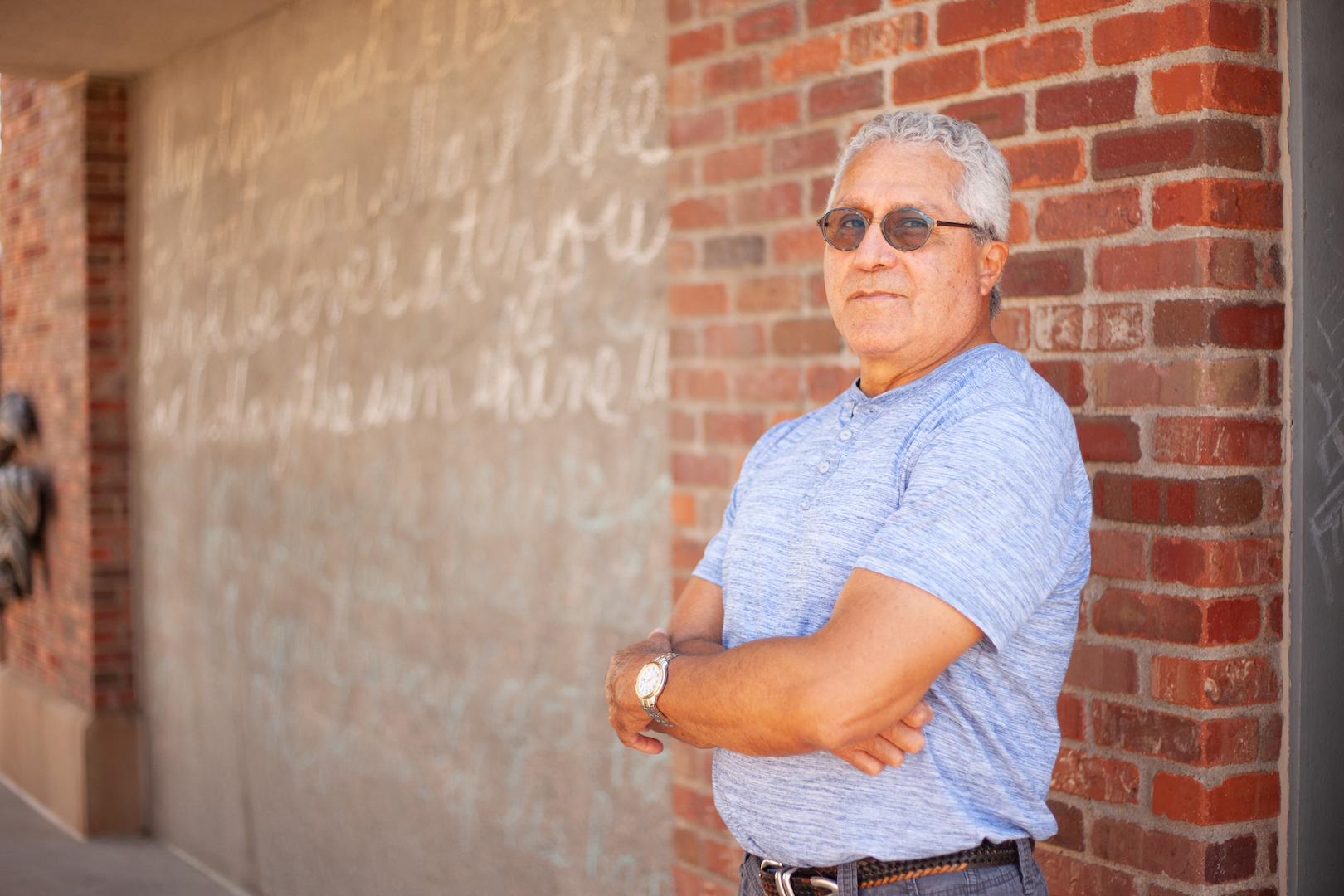 “To this day, I sometimes dream of the West Side. We would come up here on the hills and then go back and ride in the dark down those crazy looking streets, dirt streets. It was just safe, you know?” – Anthony Vasquez. Click here to read an interview with Anthony. 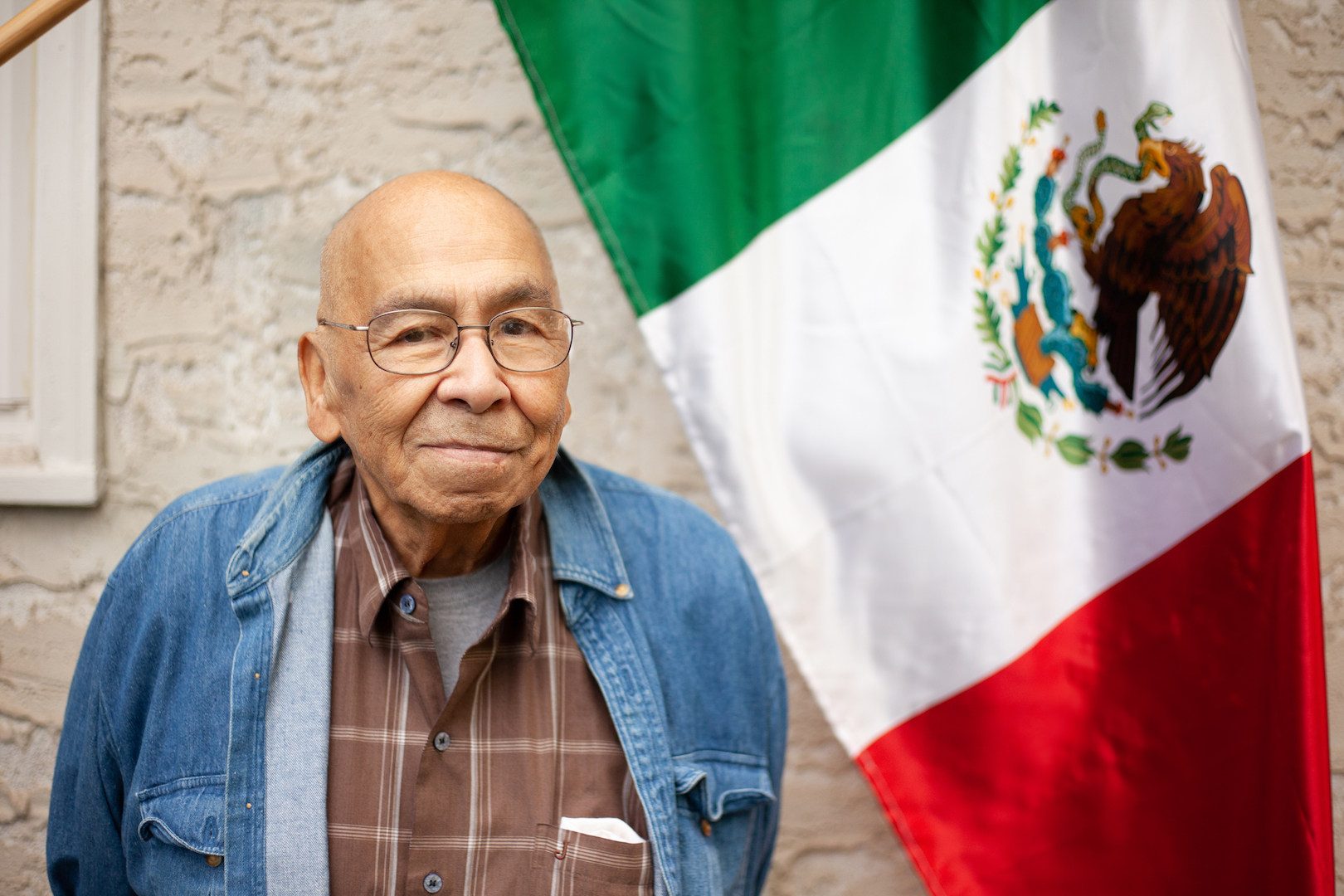 “The ghetto or the Flats was the only place we could live with people of our race. There were places we could rent, it was affordable. It flooded three different times: the first year it didn’t flood too much, next year was a little bit worse, and by the end it just took everything. I don’t know why they built a barrier for the airport but they didn’t extend it down.”– Ray Garcia 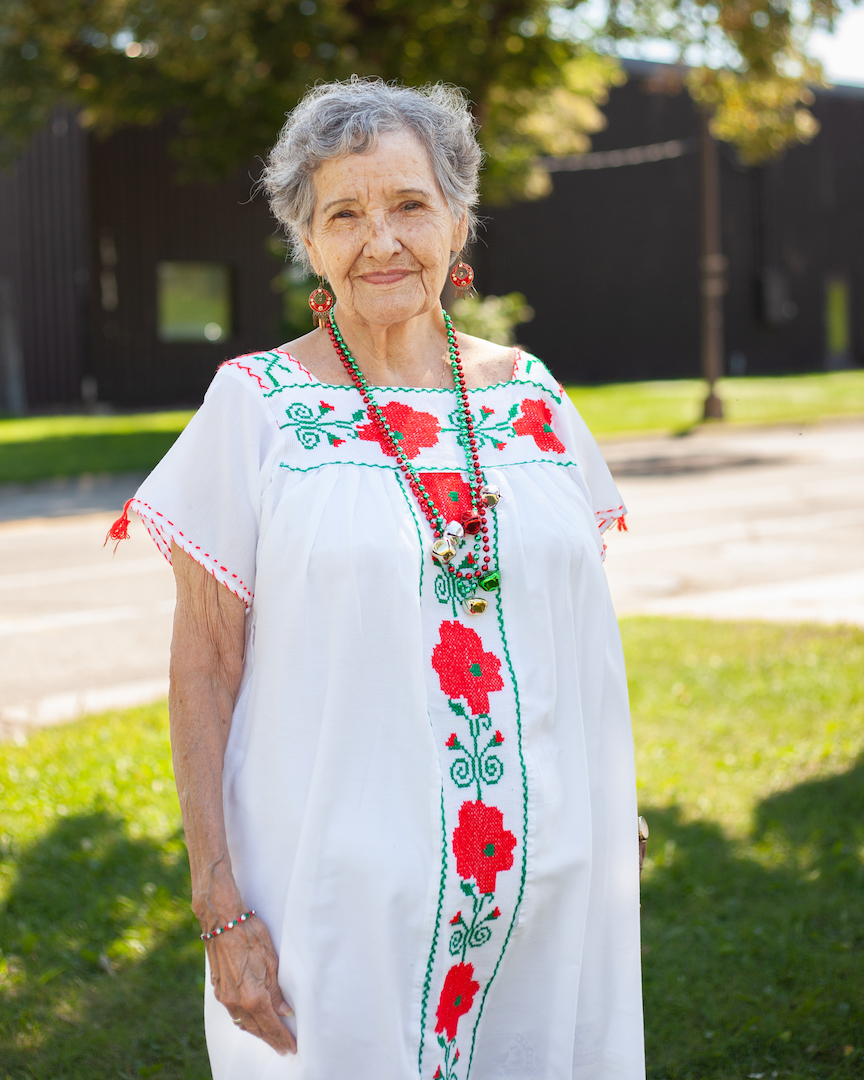 “The water was coming into our living room, kitchen. We packed up what we could take and moved in with friends. It was sad. Why didn’t they put it up [the flood wall] before, to help us stay in our homes? They didn’t think of us. I don’t know why.  They told us we had to go. Everything we had was ruined.” –Irene Sticha 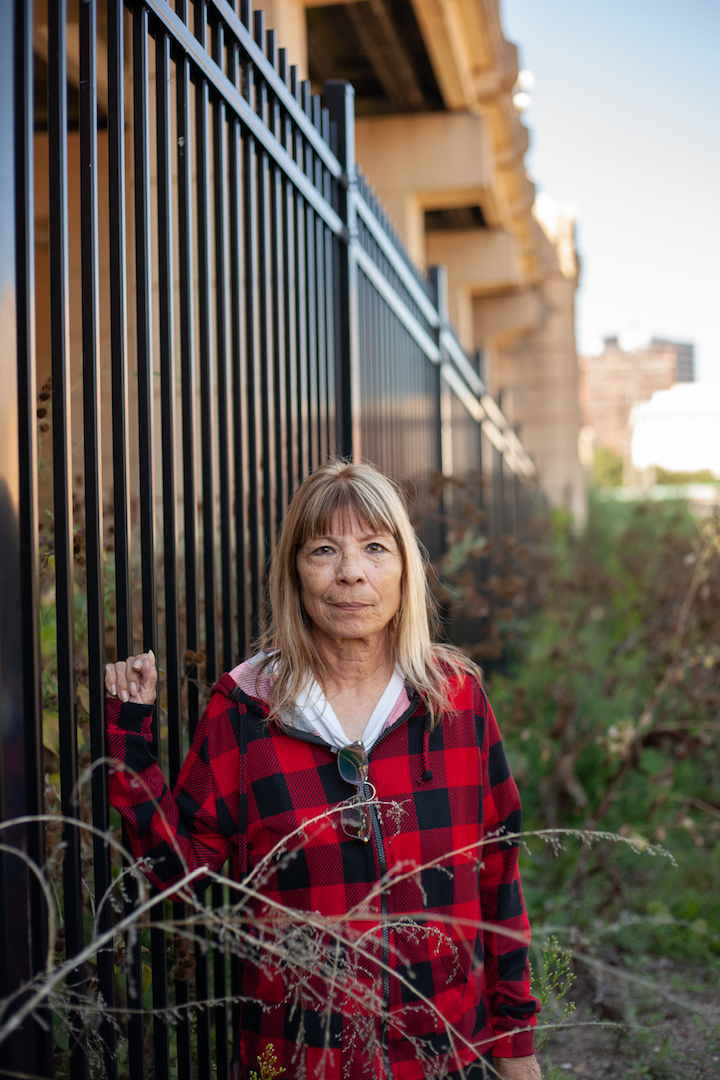 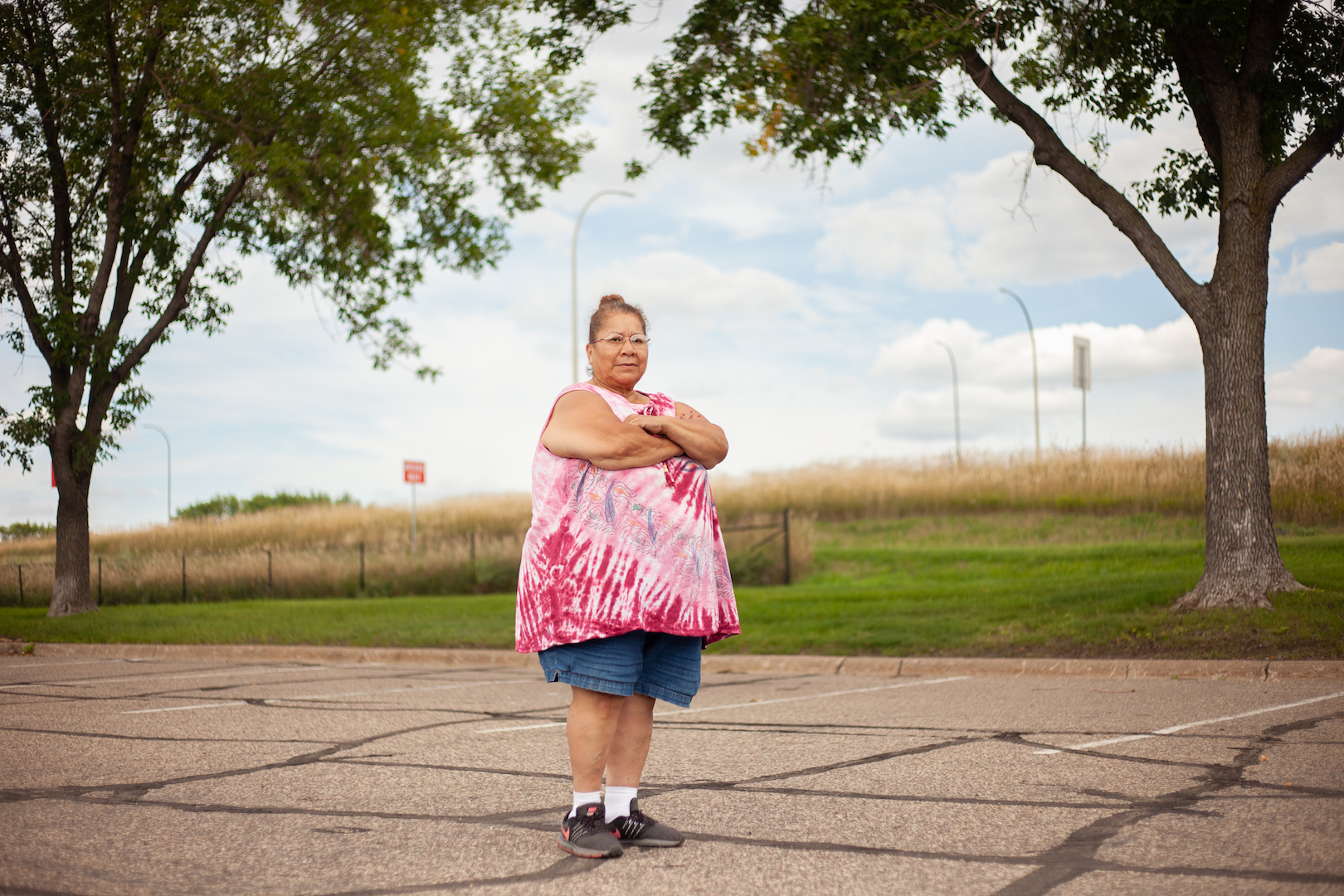 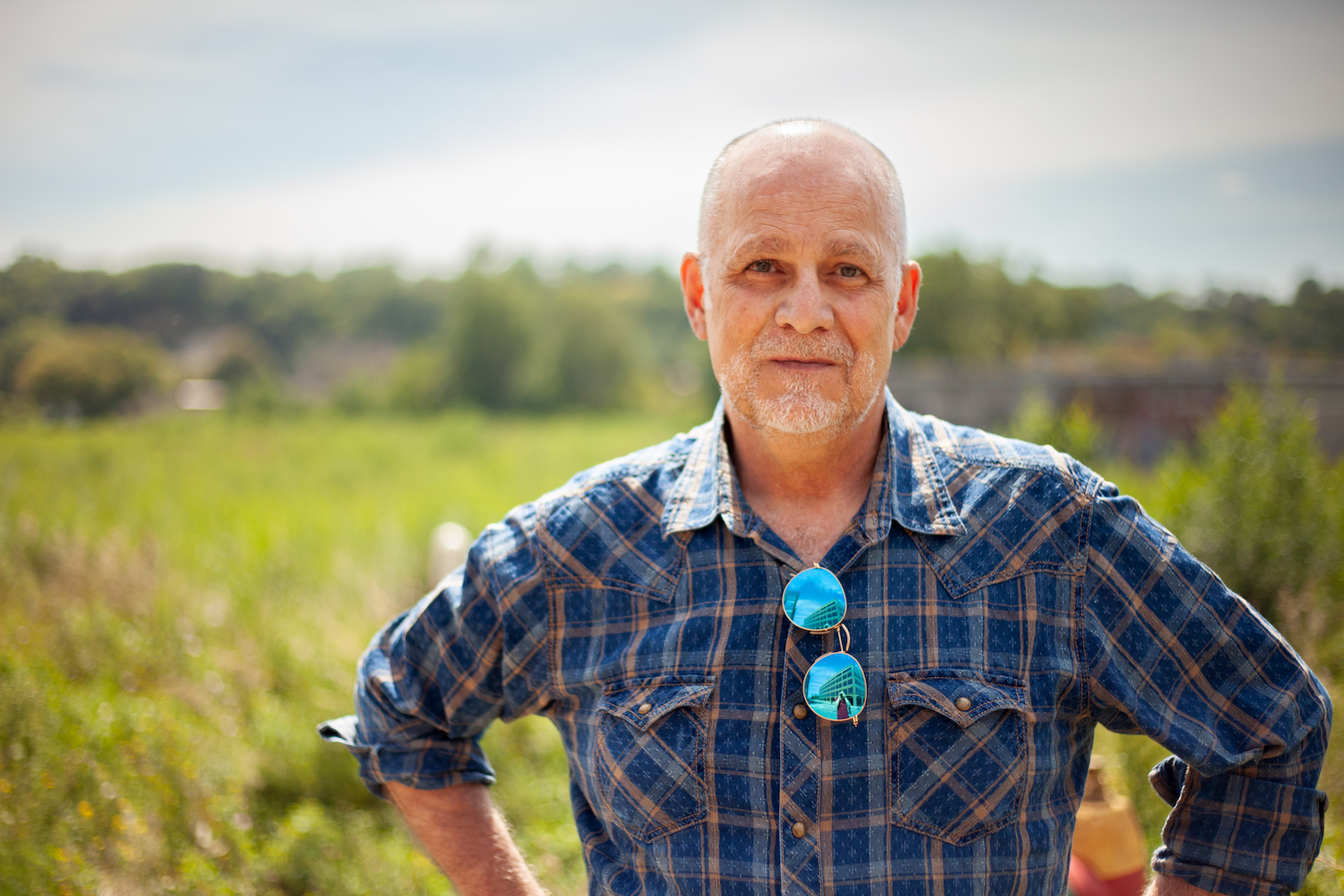 “We all knew what was coming: they were going to start tearing everything down. And so you basically knew your number was coming up. You had to leave because we didn't own the house, but the person that owned the house, the city bought it from him. It was going to be all commercial down here after they tore everything down, and no one could ever live there again.” – Wes Borgan 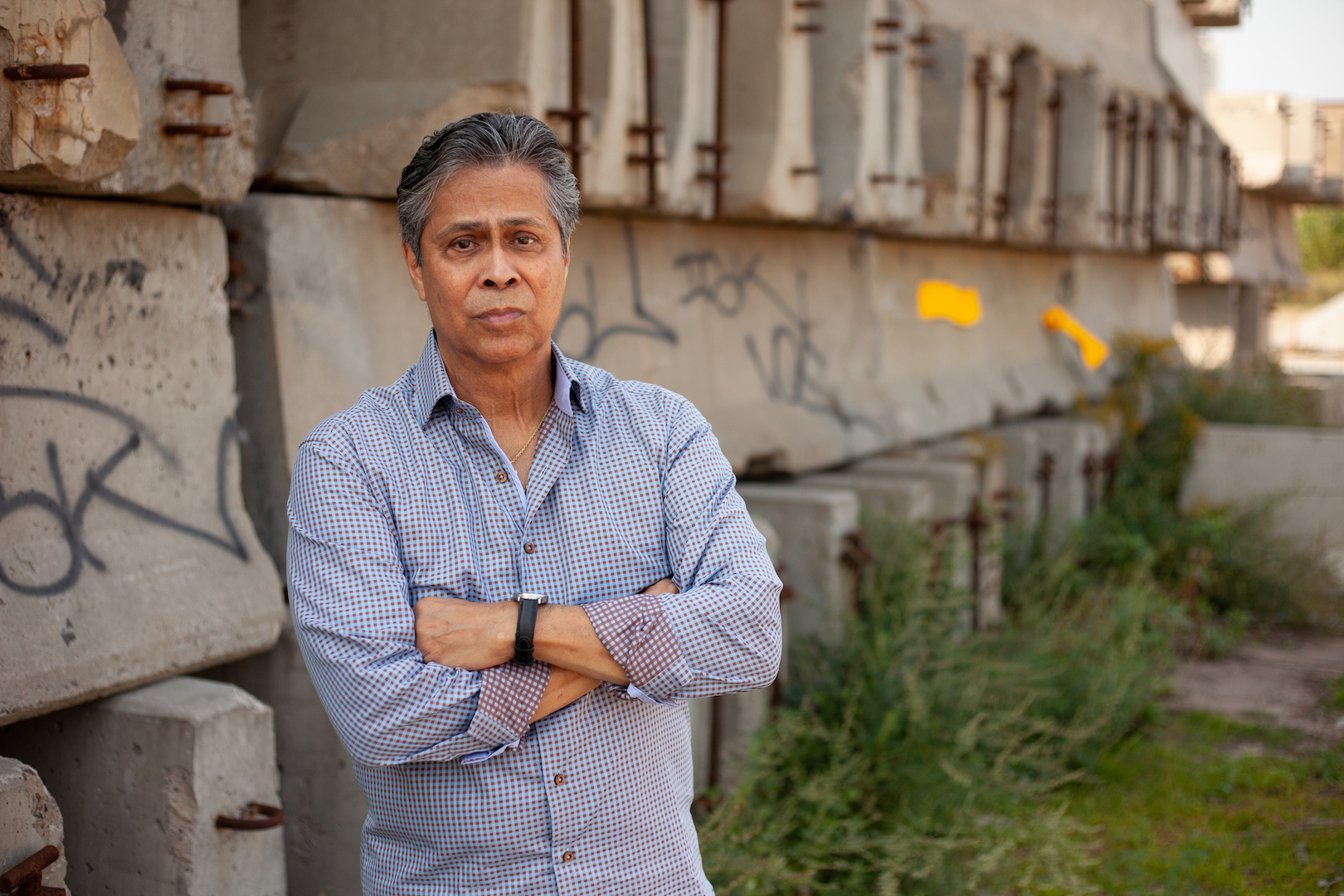 “They wanted the land. My folks never explained why we were moving again. I think I remember the city was using the floods as a reason to move everybody” – Refugio Simón Méndez 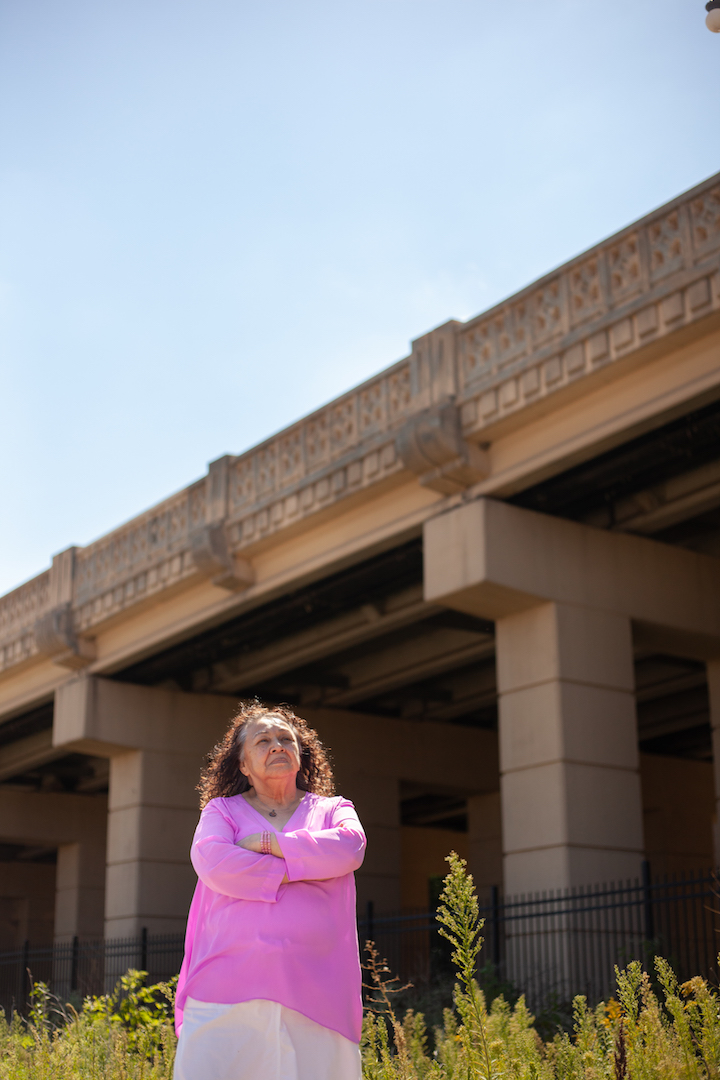 "When it flooded, we needed boats to get out of our houses. It was quite traumatizing, I still remember it. A flood wall would have protected us.” –Gracie Margaret Arias 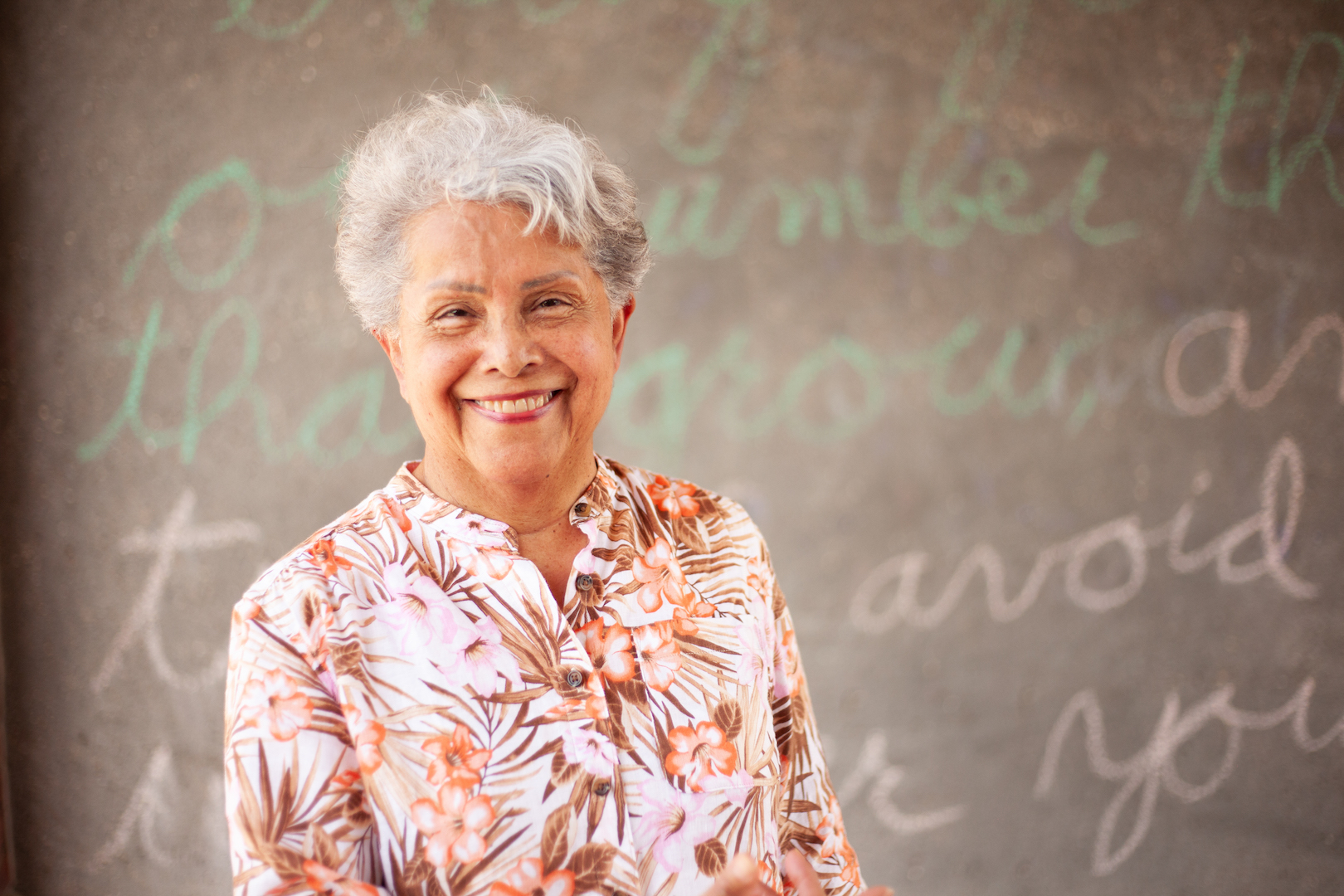 “I remember when I was a child and we were living at home, we'd open up the basement door to see how far the water had come up. And every time we opened it, we could see it rising and rising and rising. When it came to the top of the step, that's when my father decided, ‘Ok, we need to move the family to higher ground.’ The unfortunate thing about that was not the whole family could move and stay together, and families were the support, the families were the main thing that kept you hoping and improving yourself.”– Frances Mudek 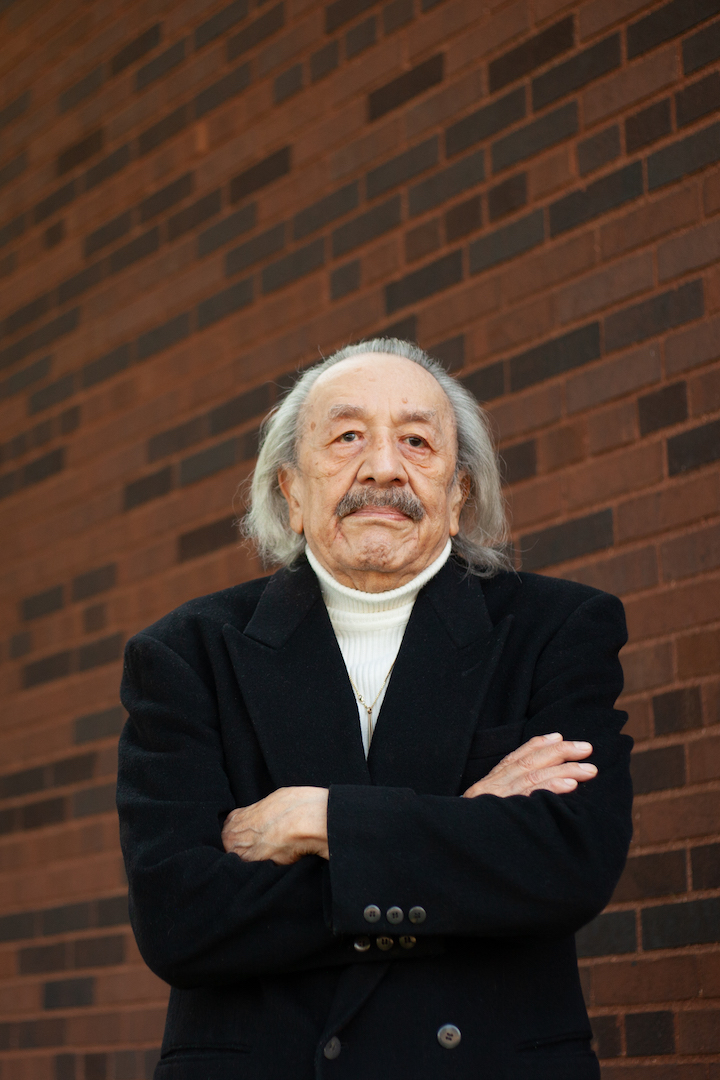 "Every other year they had the flood down here  and the city or the state never did anything about it. And then they made my family move because they were going to build the industrial center down there, and then they put the flood control in. There should be some kind of acknowledgement of what they did, instead of just wiping it under the rug. Because as time passes, everybody forgets. It was really an injustice, what they did to the Mexicans down on the old West Side. To make them move like that, and not compensate them, and give them the bare minimum. What they did to destroy a community like that is wrong. It's really wrong.”– George Avaloz 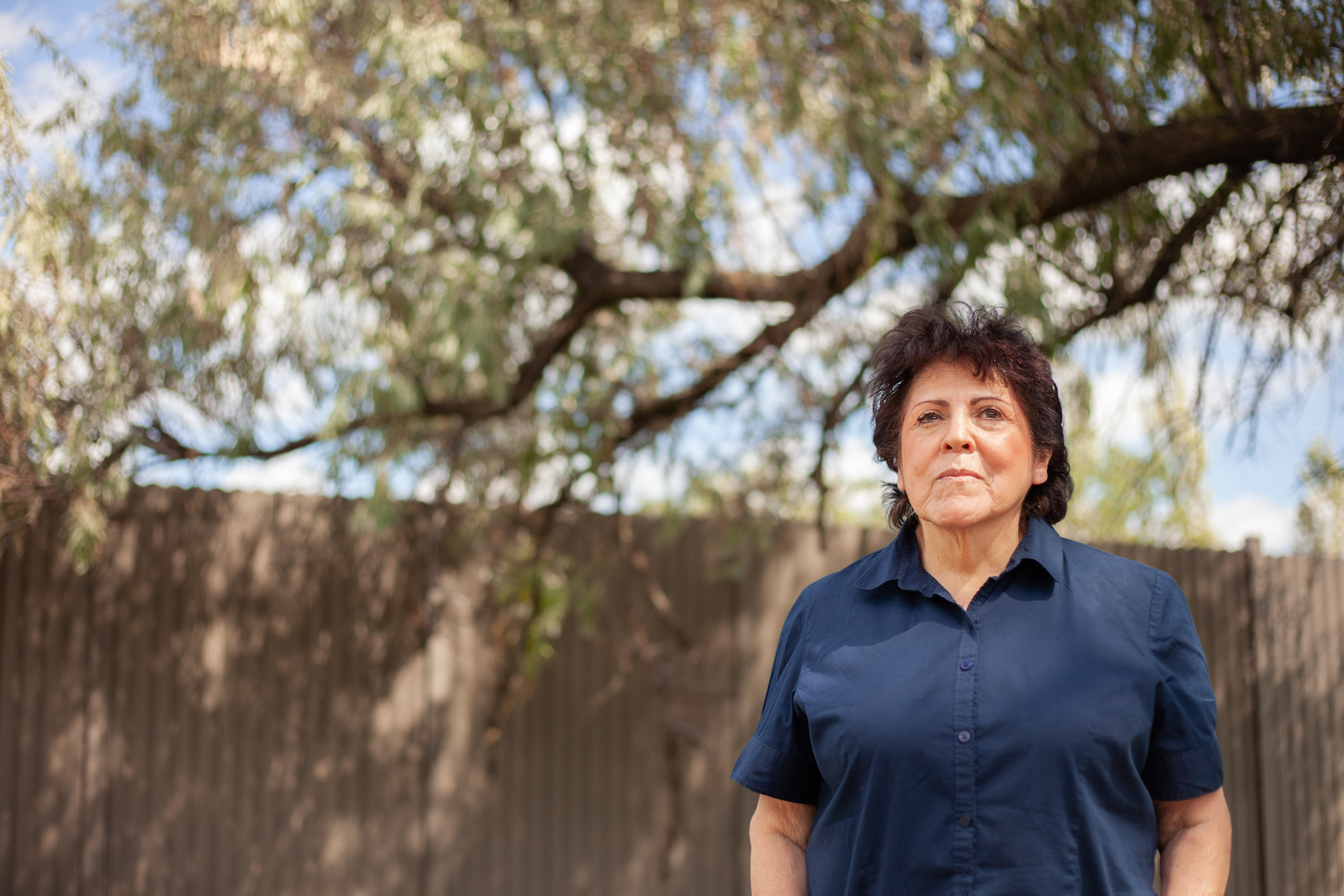 "[The relocation compensation] “wasn’t even worth it. They just wanted you out. They wanted that land because they wanted to do business. Once we all moved out, they fixed it up. It was always happening to the people of color at that time.” –  Inocencia Raquel “Rachel” Rangel 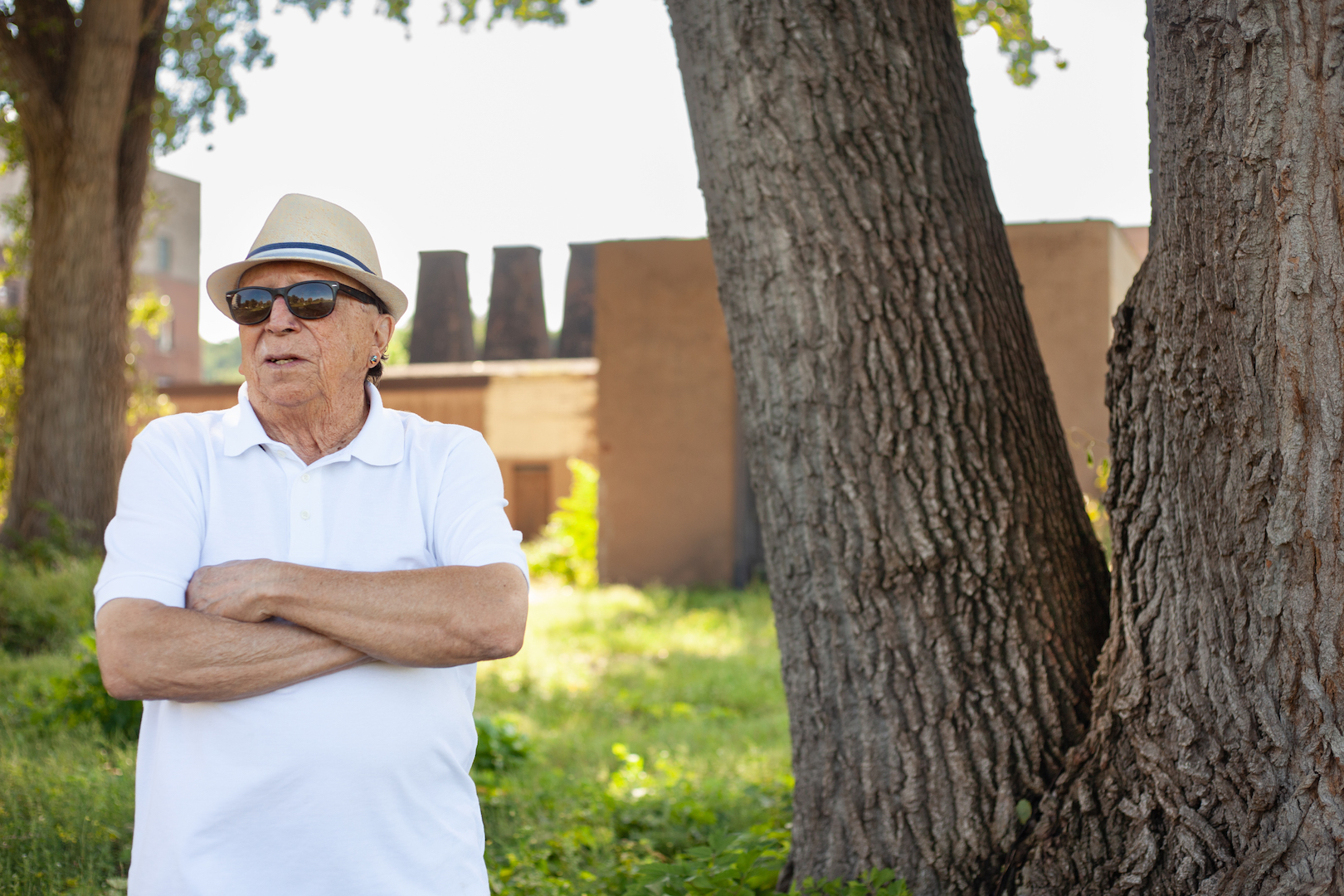 “What I liked most about growing up on the Flats was that there were people from every nationality, and every color, and we all coexisted awfully well together. We all grew up on the West Side and were proud of it. When I was about 12, the National Guard came in and made everybody move off the West Side so they could build businesses down there. A lot of people didn’t want to leave, and barricaded themselves in their houses. We were renters, so when they said ‘move,’ we moved. The flood wall should have been put up earlier.  But I don’t imagine we paid too much taxes down there, and so we weren’t that important to them.” – Bob Luna 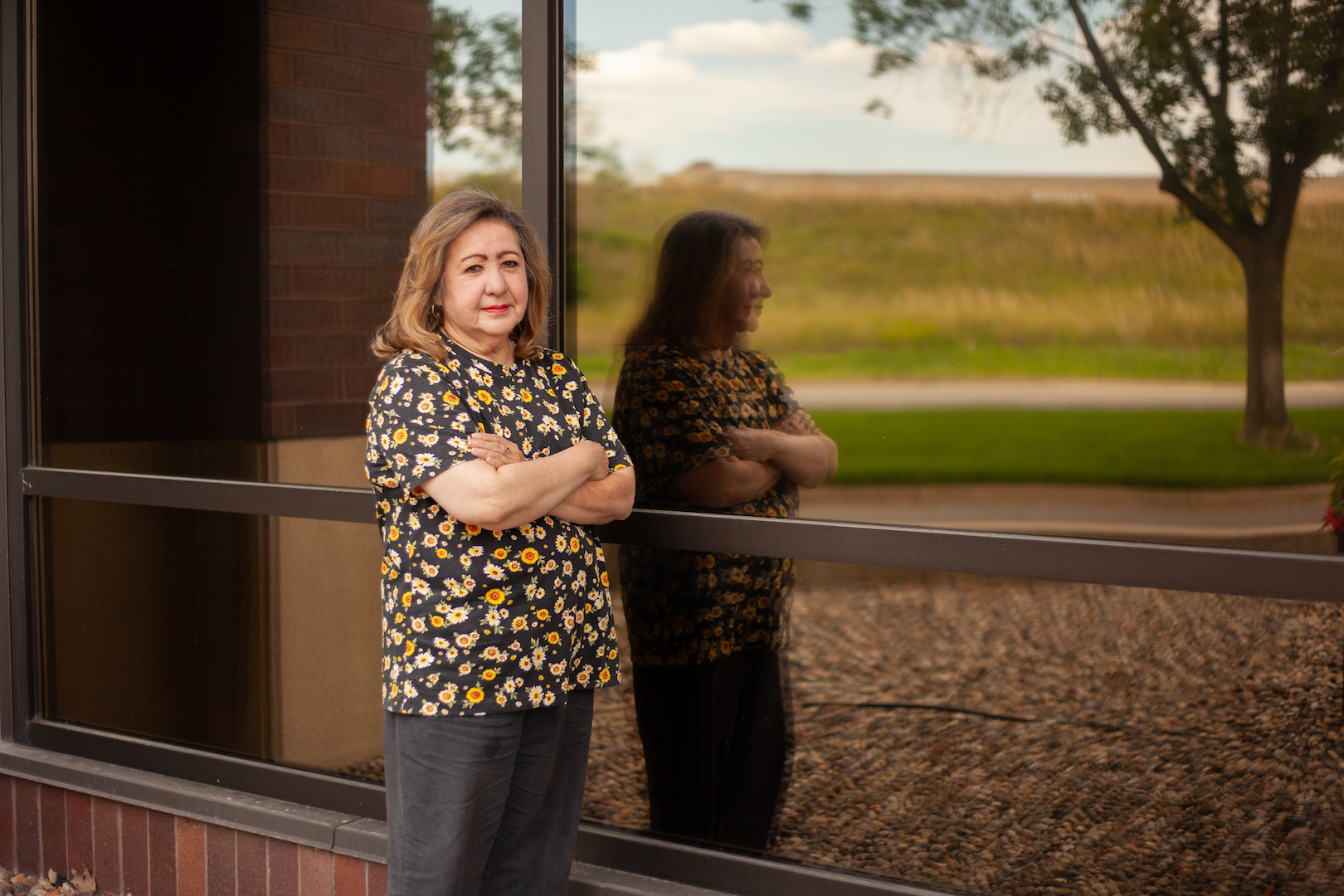 “Lafayette School had already been closed down, so we got bussed up to Douglas School. That was not a good experience for me. There were people up there that didn't want us there, so they would stand outside when the buses would come and they'd yell stuff. Being that young, you're wondering why they're calling you names, but you're not understanding that it’s because you're Mexican. To us, we were no different than the other kids, but they kept us separated. As a kid, it's hard when you come from the West Side and everything's okay, and then you go up the hill and it's not the same.”– Isabel (“Cookie”) Ewartha Anderson Nava 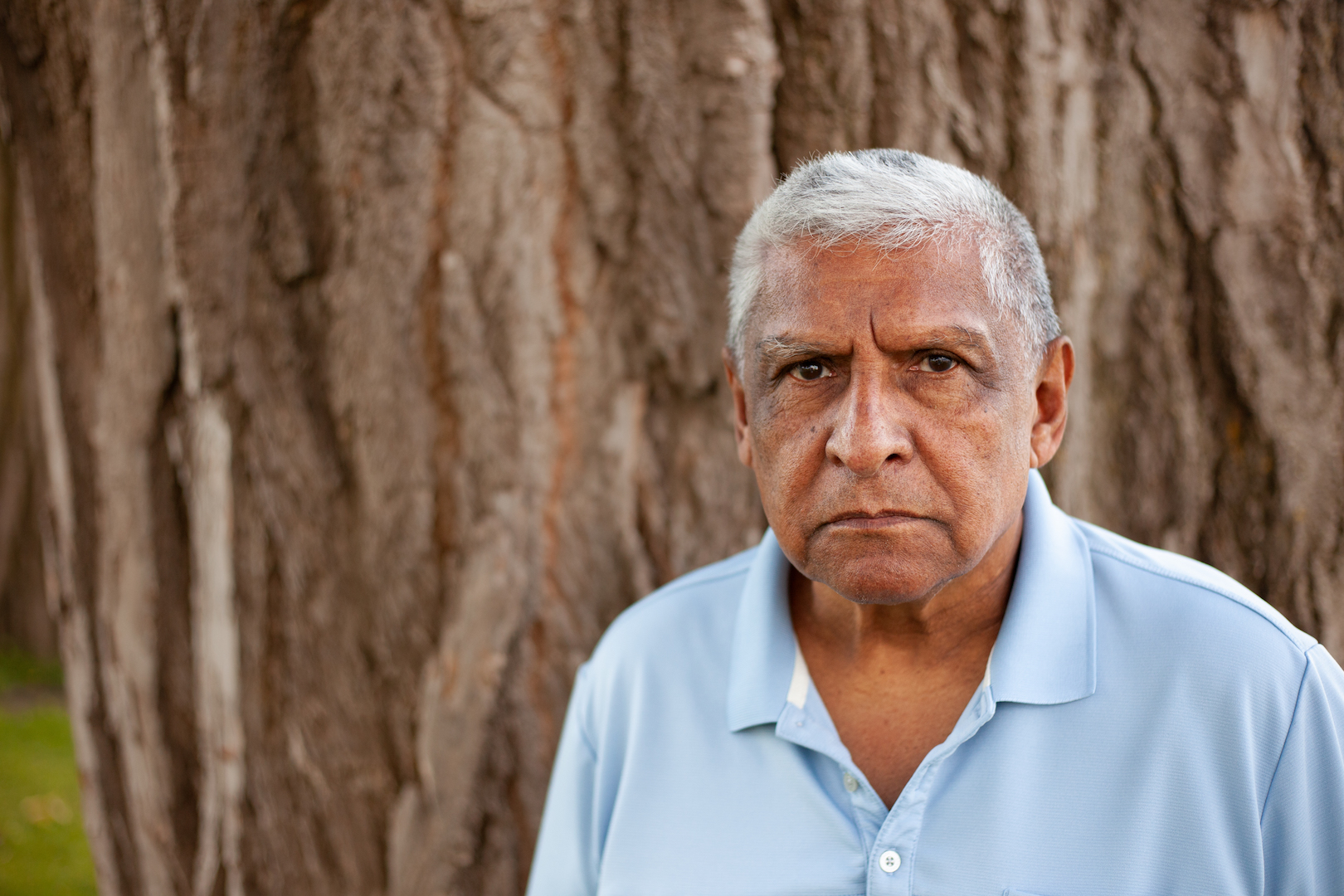 “Oh! We have had a lot of good times down on the Flats, we were just little kids. Our ma and dad never had to know where we were, we would just get up in the morning and get dressed and we would be off. And as long as we were at home by the time the sun went down, we were good. Everybody had their little salt shaker in our pocket because that's what we would do all day in the summer: raid gardens, apple trees, we'd get the tomatoes, cucumbers, you know, with our little salt because that's what we eat. That's the way it was back in back in those days.” – Jesse Vasquez 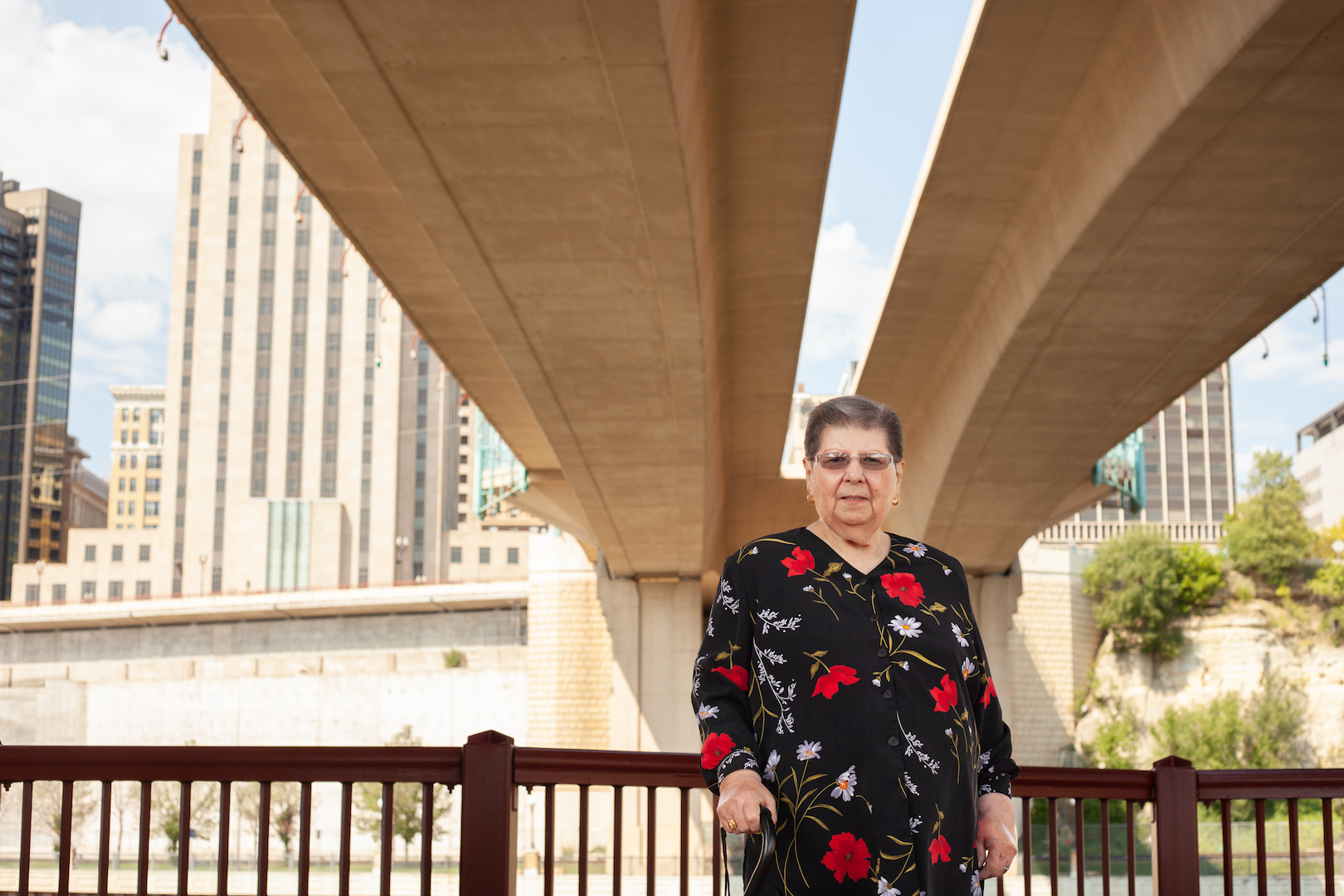 “I enjoyed it down there on the Flats, because we knew each other. I would walk my sister home, you didn’t have to be afraid. I knew my way. I was never afraid. We used to sleep with our doors unlocked. I always liked the West Side, that’s where I grew up since I was born. And I’m still here.” –Rachel Verduzco 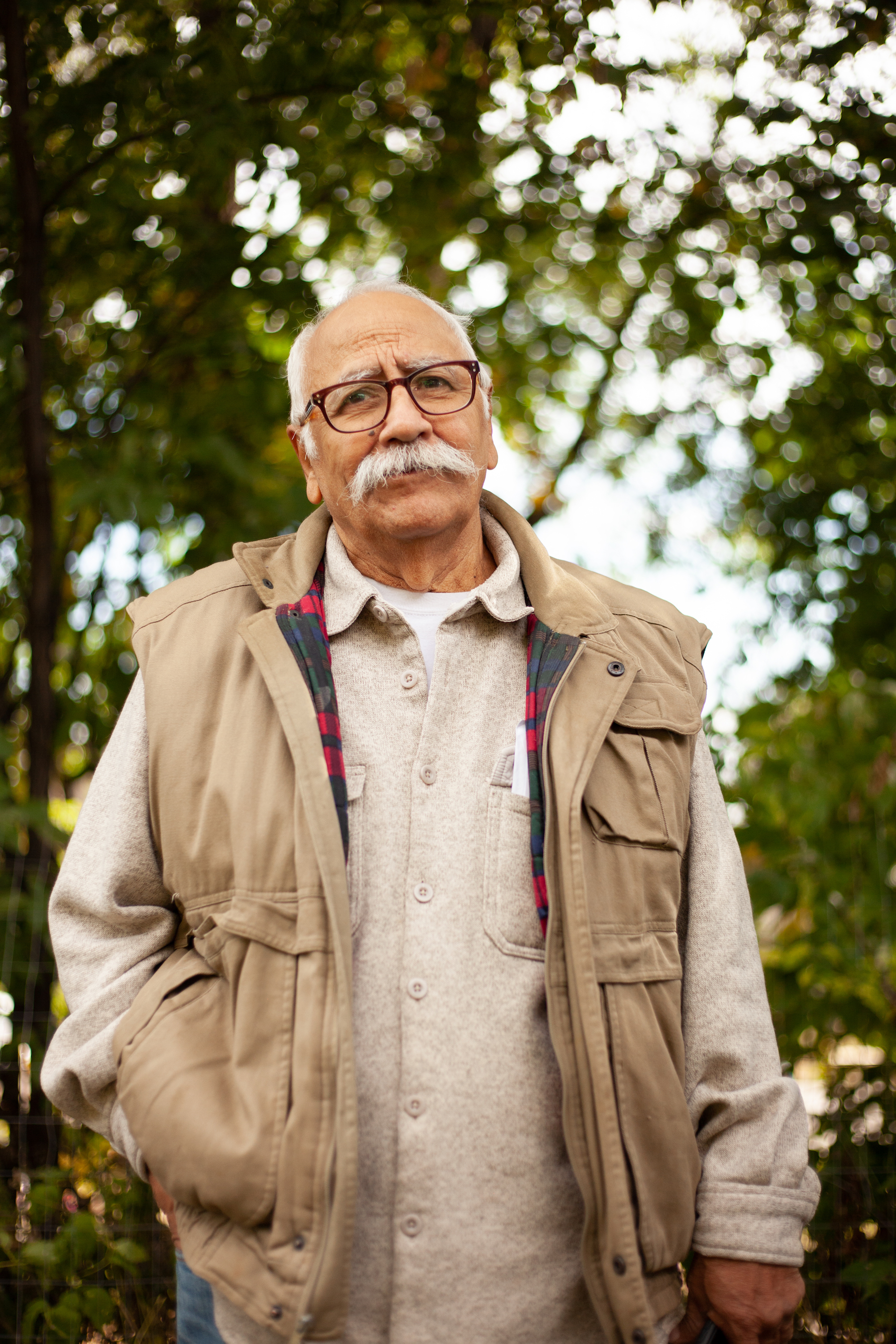 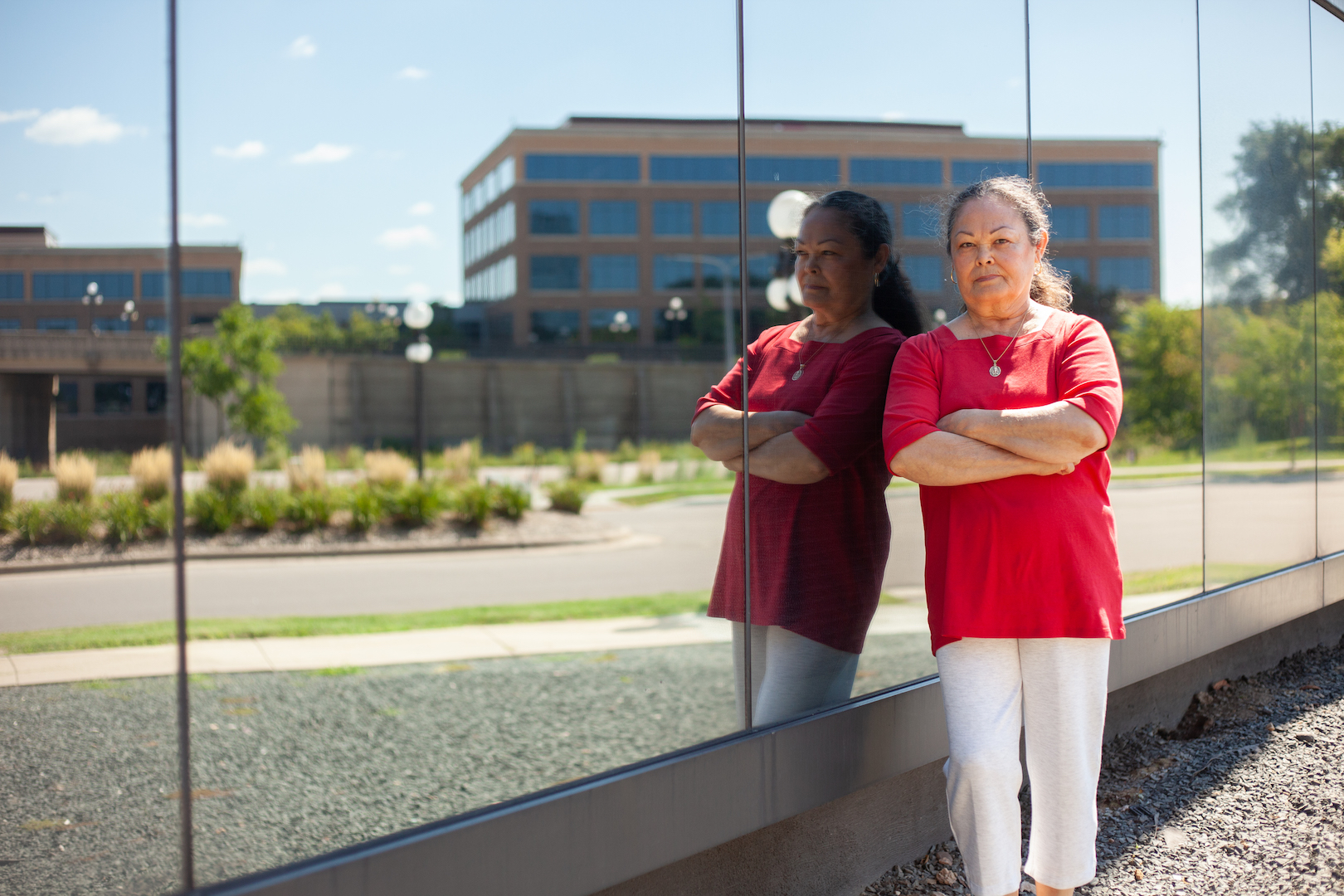 “Whenever I have gone back to the old West Side Flats, I reminisce, ‘Oh, this is the street that I used to live on!’ I have a lot of dreams of when I was little, and in my dreams, I found myself often walking those same streets. So when I go down there, you know, it doesn't look nothing like it used to, but just the fact that the street names are there still brings me back to when I was little. Now it’s industrial, so it's more like businesses, companies that have factories. It's not really a community.”– Eloise Isabel “Chavela” Lozano 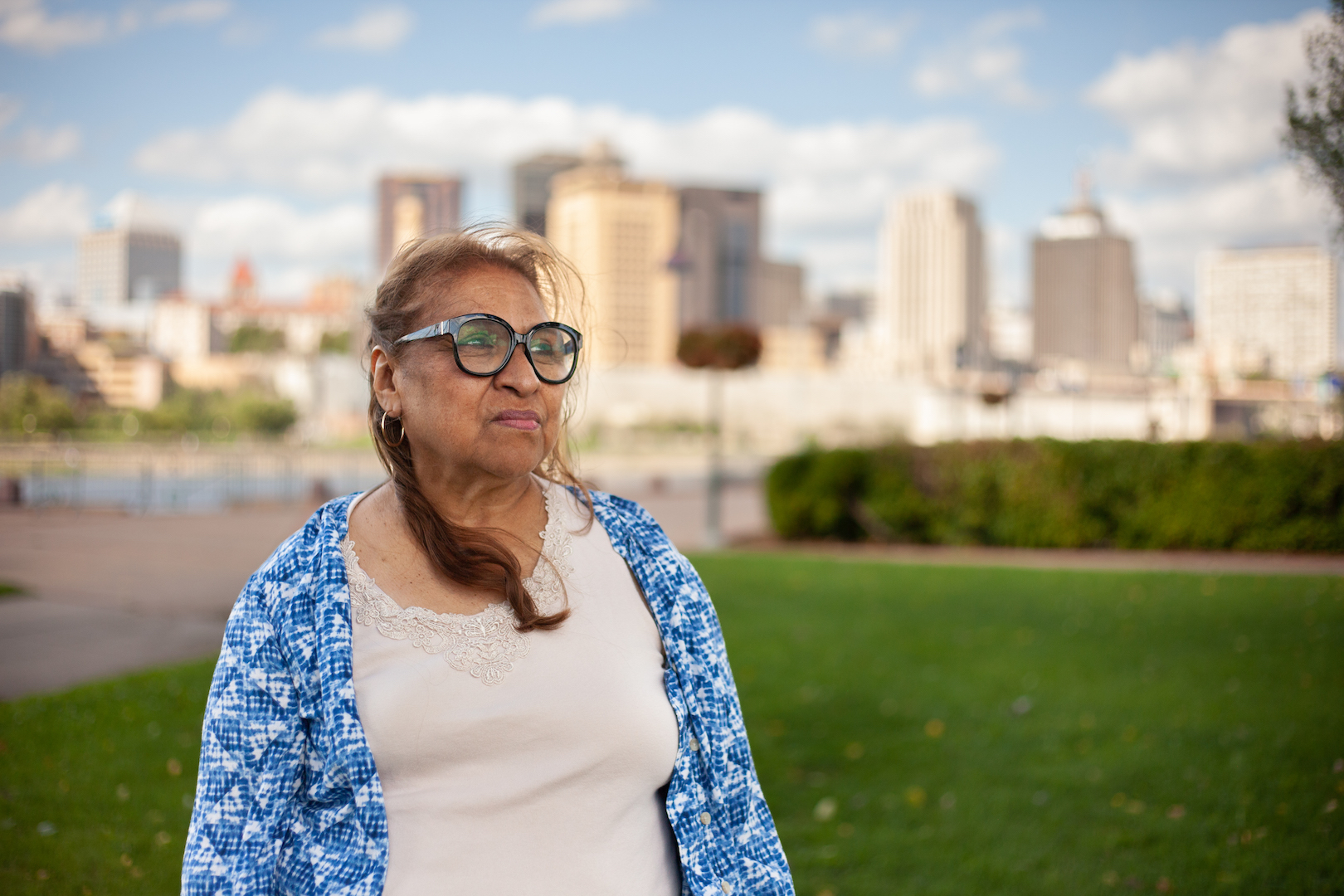 “My experience with the West Side is… it's really just hard. We need something. The West Side isn't the West Side anymore. Everybody knew everybody, it was a community.  You can never go back. You just gotta go forward and hope for the best.”– Sandra Alayon

We would like to thank everyone who shared their story in this project. Many thanks to those who made it possible, including: