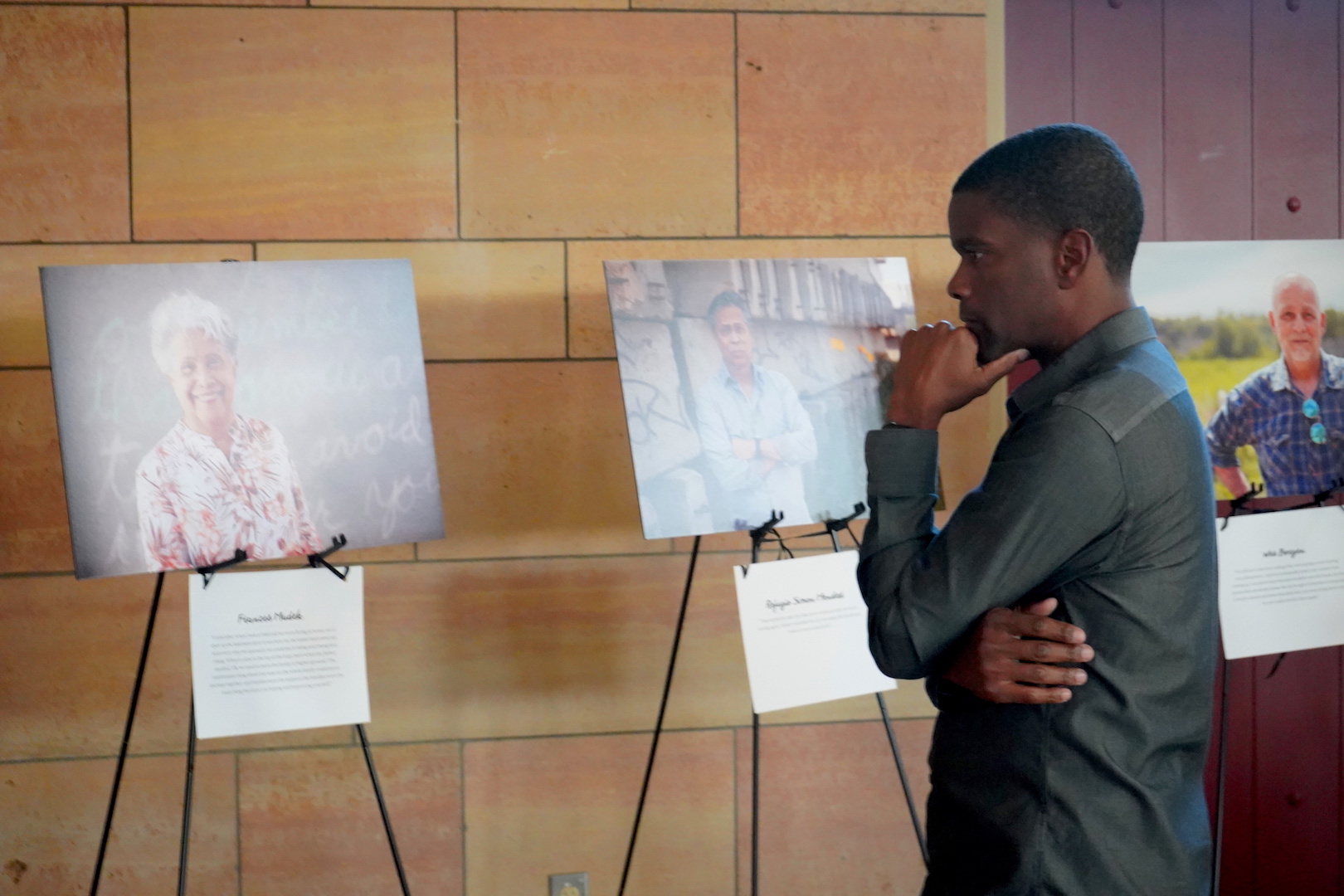 A new photo exhibit, Stories from the Flats, was unveiled earlier this month, uncovering the hidden history of a part of Saint Paul’s West Side once known as the Flats. Neighbors gathered at the exhibit to remember the strength of their past community, and call for justice nearly sixty years after the City demolished hundreds of homes to make way for an industrial park.

Saint Paul Mayor Melvin Carter was in attendance, and reflected on the impact of seeing portraits of residents who were forced from their homes. “The most profound feeling that I had reading all of the stories around the photographs, was that I’ve heard these stories before,” he said.  “The truth is, that this story of displacement and dehumanization isn’t new,” he said, recalling the destruction of the Rondo neighborhood where he grew up.

The Minnesota Historical Society reports that 480 homes and buildings were destroyed on the flats, displacing 2,147 people.

The Mayor highlighted the importance of telling the story of the West Side Flats in moving towards a better future, “because telling a story is what gives a story power, and giving it power is what enables us to move the world in a fundamentally different direction.”

The Stories From The Flats exhibit is part of a broader community effort to first understand what happened, and to take action to prevent it from happening again.

The photographs and oral histories were collected by the local district council, the West Side Community Organization (WSCO). “This year marks the 60th anniversary of displacement, and today we publicly and collectively call into memory the harm that was done,” stated Monica Bravo, WSCO’s Executive Director.

Bravo announced that the West Side is launching an in-depth partnership with the organization Research In Action to understand the full impact of the displacement. “How many families were not fairly compensated for their homes?” she asked the audience gathered at the opening. “What opportunities for generational wealth building were cut short? What was the cultural cost of dispersing one of the city's most diverse neighborhoods? Who benefited from this displacement? How will future development in our neighborhood avoid repeating the mistakes of the past, and work towards truly equitable opportunities for all West Siders?”

View the portraits and quotes, and learn more about the Stories From the Flats exhibit here.